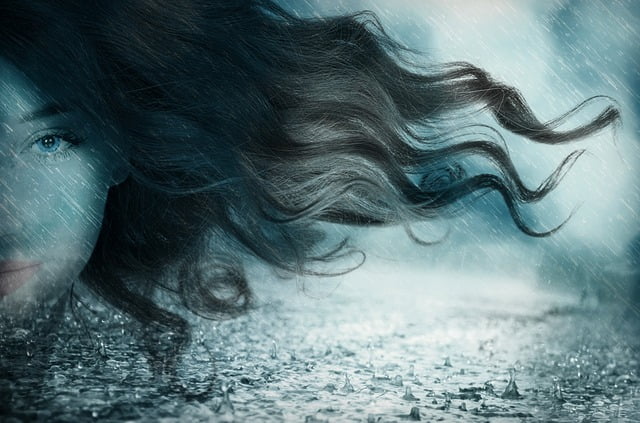 The genre that I love reading the most is humour, and I confess to harbouring an intense envy of writers, who with such ease let loose a barrage of words that leave their readers clutching their sides as they roll about on the floor, laughing their hearts out.

My earliest tryst with humour was through Enid Blyton and her various series of novels.

I still remember one such sequence from one of the Five Find-Outers books. One of the children, Fatty, disguised himself as a foreigner and spouted gibberish. This fooled their Bête noire the unpleasant local policeman, Mr.Goon, who when he realised the truth, was highly impressed by the fact that the so called language was actually meaningless sounds. So much so that the children later find him in front of his mirror trying his best to do the same himself. Unfortunately, the only sound that came to his mind was abbldy. So there he was, this stout, pompous policeman, standing in front of his mirror repeating the same word over and over – abbldy abbldy abbldy abbldy…

It’s been more than forty years since I first read this, but it still cracks me up.

Another author who was able to bring a good dose of humour was Richmal Crompton and her William series, where she followed the escapades of young William who was filled with good intentions, but was doomed to failure in most of his ventures.

As I grew older, I discovered Gerald Durrel. This is one author who has not received his due. An ardent animal lover from childhood, his books detail his life beginning with childhood spent in the island of Corfu to the establishment and running of his zoo on the Channel Island in Jersey. His book My Family and Other Animals is a classic that has even been made into two TV series and a movie. Written in an easy to read manner, filled with humour, his books helped me understand the weath of flora and fauna that share our world with us.

Another author who brought out humour through animals was James Herriot, a veterinarian. His series of books some of which take their names from the lines of a popular hymn, describe the life of a vet in Yorkshire.

One other author whose work had me in splits was Jerome K Jerome. I was introduced to his work through the short story Uncle Podger Hangs a Picture that was prescribed reading at school. His classic Three Men in a Boat was originally intended to be a serious travel guide based upon a two week boating holiday on the river Thames. However the humour in the writing overshadowed everything else and today it is remembered for its rib tickling passages.

And then we have the king of British humour – at least in my opinion, the great P G Wodehouse. His books are the ultimate stress busters as they draw users into an idyllic world filled with uncles, aunts, butlers and an assortment of other characters, some titled, some rich, some broke, some beautiful and some whom only their mothers would call beautiful.

The genius of Wodehouse lies in the way he plays around with absolutely commonplace words to bring out humour in almost any situation. When one picks up any of his books, one is sure that the most stressful thing in it would probably be a young man finding himself engaged to a damsel without intending to and struggling to extricate himself from this without compromising his honour.

Today, as we are overwhelmed by horror stories from all over and Covid strikes closer and closer home, humour has become the only way to keep our sanity.

Hopefully these classics from another time will help us in coping with the tribulations we face today.

Thunderstorm, Lightning To Strike 6 Odisha Dists In Next 3 Hours

Hamster On A Wheel