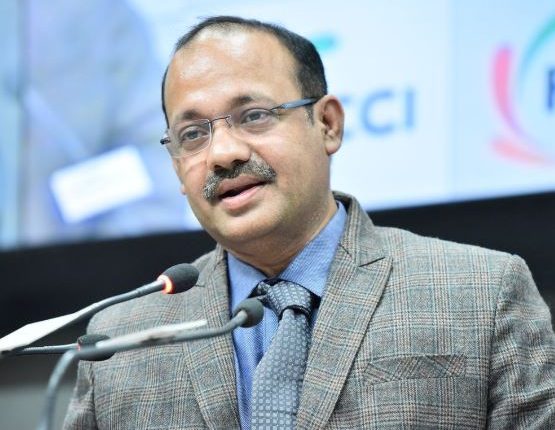 Bhubaneswar: The Odisha Assembly was adjourned on Thursday after he Opposition created uproarious scenes over the recent visit of Tourism and Culture minister Jyoti Prakash Panigrahi to Hyderabad.

Raising the issue during the zero hour, leader of the Opposition Pradipta Nayak and two Congress members, Tara Prasad Bahinipati and Santosh Singh Saluja, demanded the identity of the two women who had accompanied the Minister. They also wanted to know whether the Minister gone to Hyderabad at his own expenses or on the government money. They urged Speaker Surya Narayan Patro to give a ruling and direct the Minister to make a statement in the House.

Citing the instance of the self-styled guru Sarathi Baba, who had accompanied a woman and stayed in a star hotel in Hyderabad in 2015, Congress member Santosh Saluja said as the Tourism Minister had done the same thing and he should be immediately sacked.

Pandemonium prevailed in the House after the irate Congress members rushed to the well and urged the Speaker to give a ruling on this matter. Unable to run the business, the Speaker adjourned the House till 3 pm.

Briefing the media later in the day, BJP state vice-president Samir Mohanty demanded the identity of the two women, who had accompanied the Minister and their link with his department, and sought a clarification either from the Chief Minister or the Minister concerned on this matter.

However, the Panigrahi claimed that he had not violated the government guidelines. “The Odisha Tourism Development Corporation (OTDC) is open for all. I have not spent a single pie from the state exchequer towards my visit,” he added.

The Minister, however, refused to divulge details about the two women, who had accompanied him and his stay at the Hotel Taj Krishna.

In a press briefing on Wednesday, chairman of the Congress Media Cell Satya Prakash Nayak had said that the two female friends had accompanied the minister when he had gone to take part in a road show organized by Odisha Tourism in Hyderabad. The minister had written to the Director of Odisha Tourism and Development Corporation (OTDC) to book their tickets and accommodation along with his.

Claiming that the Minister stayed at Hotel Taj Krishna even though he was not entitled for a five-star accommodation as per the TA Rules of the government, Nayak said “Why should the government bear the expenses of the Minister’s friends? The Chief Minister should investigate the matter and take actions against him to prove that ‘Mo Sarkar’ and ‘5 T’ initiatives are being properly implemented in the state.”

Now Get Ready For Arnab Goswami Decibels In Odia!