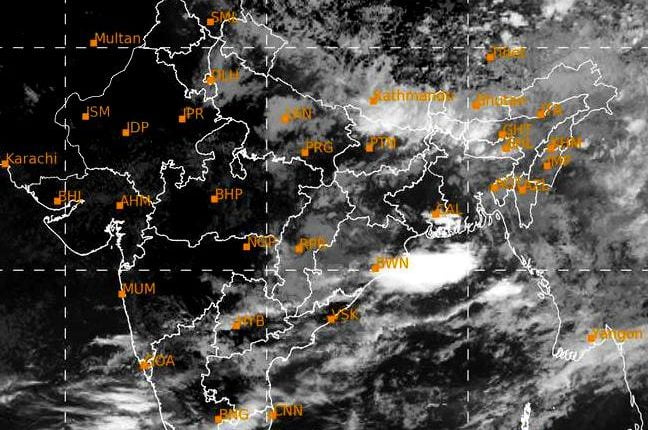 Bhubaneswar: The cumulative rainfall in Odisha between June 1 and July 2 was 18 per cent below normal (235.6 mm) due to subdued south-west monsoon.

However, the deficit rainfall in the state is expected to be compensated as a low-pressure area is most likely to form over the Bay of Bengal around the second week of July, the India Meteorological Department (IMD) said on Saturday.

According to the IMD Director General, Mrutyunjay Mohapatra, the south-west monsoon has remained subdued for over a week and the condition will prevail for a week. However, the rainfall activity will increase as a low-pressure area is most likely to form over the north Bay of Bengal either on July 11 or 12.

Mohapatra further said the weak monsoon has gathered some momentum in the last 24 hours with moderate rainfall and thundershowers at some places in Odisha due to abnormal rise in the day temperature and excess moisture in the atmosphere. These were due to the influence of a trough stretching from northwest Rajasthan to East Assam across Haryana, north Uttar Pradesh, Bihar and Sub­Himalayan West Bengal, he informed.

“Under the influence of the trough, there will be thunderstorm with lighting at some places over 23 districts of Balasore, Bhadrak, Jajpur, Kendrapada, Cuttack, Jagatsinghpur, Puri, Khurda, Nayagarh, Ganjam, Gajapati, Keonjhar, Mayurbhanj, Dhenkanal, Angul, Boudh, Sonepur, Kandhamal, Rayagada, Koraput, Malkangiri, Nabarangpur and Kalahandi in the next 24 hours,” Mohapatra said.

Covaxin Phase 3 Trial Data Out, Here’s How Effective It Is Against Delta Variant