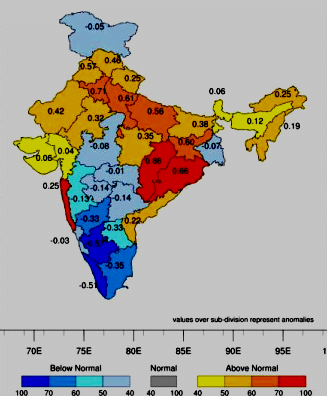 Bhubaneswar: The India Meteorological Department (IMD) on Monday warned of a torrid summer in Odisha this year.

Between March and May the maximum temperature will remain above normal. The national weather agency in its quarterly seasonal outlook stated that such conditions will prevail over most of the sub-divisions of north, northwest and northeast India, few subdivisions of eastern (Chhattisgarh and Odisha) and western (Gujarat region and Saurashtra & Kutch) parts of central India, and few coastal sub-divisions (Konkan & Goa and Coastal Andhra Pradesh) of north peninsular India between March and May.

On the other hand, there will be below normal seasonal maximum temperatures over most of the sub-divisions of north India along the foothills of the Himalayas, northeast India, the western part of central India and, southern parts of peninsular India.

Besides, most of the subdivisions of east and adjoining central India and few subdivisions of the extreme northern part of the country will also experience below normal minimum temperatures during the period, it added.

COVID Vaccine Free Even At Private Hospitals In This State; Will Others Follow Suit?