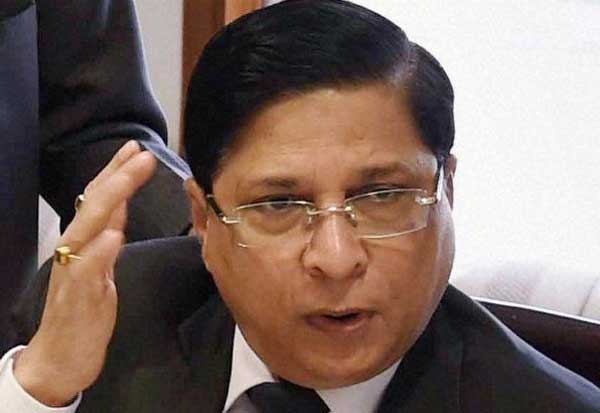 New Delhi: For the first time in the country’s history, the opposition parties have moved an impeachment motion against the Chief Justice of India.

However, Mamata Banerjee-led Trinamool Congress and DMK, which initially supported the motion, are no longer part of the initiative.

Here are some important things regarding the impeachment motion against CJI.

2. Since January, the demand for CJI’s removal among opposition parties had grown shriller.  The idea was proposed by the Left Front after four topmost judges of the Supreme Court, Justices J Chelameswar, Ranjan Gogoi, M B Lokur, and Kurian Joseph, held a press conference and accused the Chief Justice of abusing his position and allocating sensitive cases to junior judges.

3. The same month, Congress high command Rahul Gandhi held an internal meeting of the party’s senior lawyers on the issue, but the opinion among party leaders was divided.

4. Towards the end of March this year, several Opposition members signed a draft impeachment motion against CJI Misra.

5. During the Budget session which ended earlier this month, the Congress had started collecting more than 50 signatures of Rajya Sabha members required for a motion to be entertained by the chairman.

6. Under Judges (Inquiry) Act, 1968, and the Judges (Inquiry) Rules, 1969, for the impeachment of the CJI or a Supreme Court judge, the motion needs to be introduced in either Houses of the Parliament. Article 124(4) of the Constitution of India says, “A Judge of the Supreme Court shall not be removed from his office except by an order of the President passed after an address by each House of Parliament supported by a majority of the total membership of that House and by a majority of not less than two-thirds of the members of that House present and voting has been presented to the President in the same session for such removal on the ground of proved misbehaviour or incapacity.”

7. To move an impeachment motion against the CJI, the signatures of 100 Lok Sabha MPs and 50 Rajya Sabha members are required. The motion can be introduced in either of the Houses and it will be up to Lok Sabha Speaker or Chairman of the Rajya Sabha to accept it. Once the motion is accepted, a three-member committee, comprising a Supreme Court judge, one judge of the high court and a notable jurist, would be formed to investigate the charges. If the committee decides to support the motion, the matter will be taken up for discussion in the House, where it had been originally introduced. The impeachment process will get passed only when either 100 Lok Sabha MPs or 50 Rajya Sabha members support the motion. Only after gaining a two-thirds majority in both the Houses will the motion finally get passed to the President of India, who will take the final call.