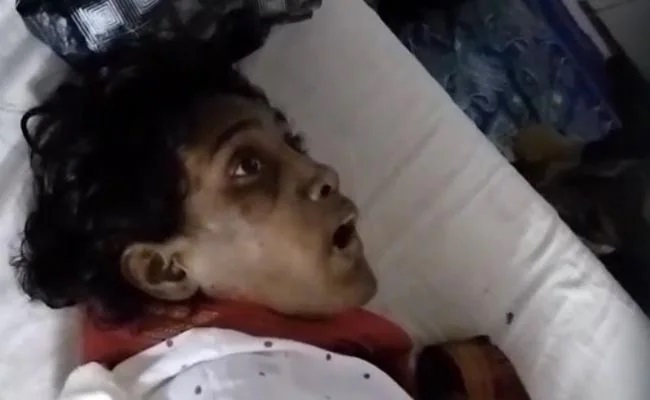 Ranchi: The Ranchi police have rescued a 29-year-old woman from the house of a retired IAS officer, where she worked as a domestic help, after allegations that his wife and Jharkhand BJP leader Seema Patra confined the woman and brutally tortured her.

The BJP on Tuesday suspended Seema after videos of her domestic help accusing her of torture went viral. Seema was a member of the national working committee of the BJP’s women wing. Her husband, Maheshwar Patra, is a retired IAS officer.

The help, identified as Sunita, is now undergoing treatment in hospital. In the videos, where Sunita is on a hospital bed, several of her teeth are missing and there are injury marks on her body. Unable to sit, Sunita accused Seema of breaking her teeth with a rod. She alleged Seema beat her with hot utensils and assaulted her regularly. She also alleged that she was made to lick urine off the floor.

She would be kept confined in a room and not given food and water, she alleged further.

Sunita said the couple’s son Ayushman would always try to save her. “It’s only because of him that I am alive,” she said.

According to reports, it was Ayushman who narrated Sunita’s ordeal to a friend and sought help. His friend registered a police complaint that led to her rescue. She is now undergoing treatment at RIMS, Ranchi.

After the videos went viral, #ArrestSeemaPatra started trending on Twitter.

Sunita is from Gumla in Jharkhand. She started working as a domestic help at the retired IAS officer’s house about 10 years ago. When the couple’s daughter Vatsala moved to Delhi, she also went with her and worked as a help for her. About four years ago, Vatsala and Sunita returned to Ranchi, an NDTV report said.

After she returned, Sunita alleged that she has been subjected to brutal torture by Seema.