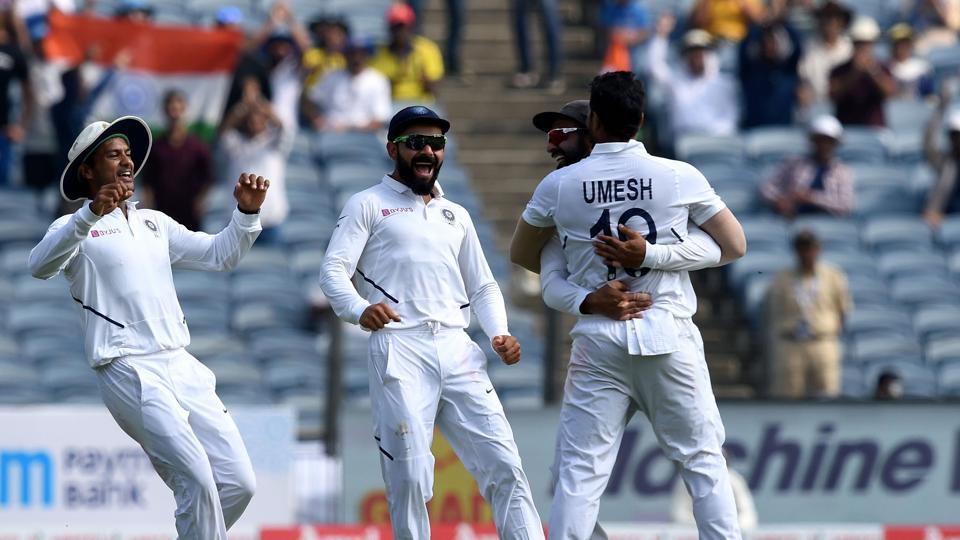 Pune: India scripted history as they defeated South Africa by an innings and 137 runs in the second Test here on Sunday.

This was India’s 11th successive Test series win at home, breaking Australia’s record of 10 series wins in a row at home in the longest format.

South Africa were bundled out for 189 in the second innings as Umesh Yadav and Ravindra Jadeja picked up three wickets apiece. Ravichandran Ashwin also accounted for a couple of wickets while Ishant Sharma and Mohammed Shami bagged one wicket each.

Earlier, India had declared on 605 for five thanks to Virat Kohli’s unbeaten knock of 254. South Africa were bowled out for 275 in the first innings. India now lead the three-match series 2-0. The final Test will be played in Ranchi, starting October 19, NDTV Sports reported.