India & Nepal: How A Sweet And Cordial Relationship Turned Sour 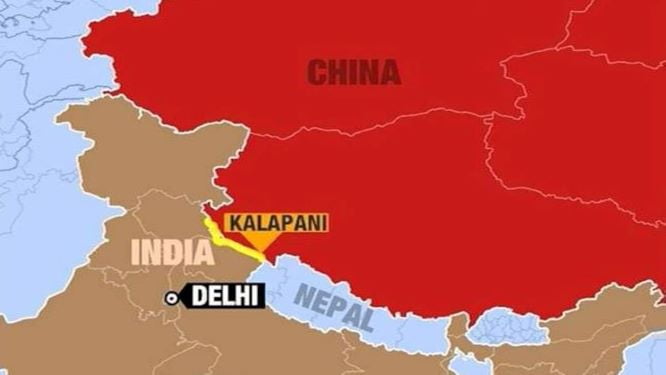 India and Nepal have shared a cordial relationship for 70 years. Despite being a mighty neighbour of many multitudes, India has never behaved like a ‘big brother’ and maintained friendly relations with the tiny Himalayan country.

Of late, though, strains in the relationship have begun to surface, which has been a topic of debate among political and international relation analysts over the last few months. Diplomats and political leaders on both sides have been trying to bring the situation under control before it snowballs into a major irritant.

Here is a chronicle of events that has led to a sweet relation going sour:

On May 8 this year, India inaugurated the 80-km road originating from Ghatiabgarh in Uttarakhand that passes through the Lipulekh Pass. This road has been built to facilitate smoother connectivity for the Kailash-Mansarovar yatra. However, this did not go well with Nepal as Lipulekh is a disputed region claimed by both India and Nepal. Soon after this, Nepal issued its new map and the controversy caught fire.

In November 2019, India had issued its political map after reorganising Jammu and Kashmir region, and it also showed Lipulek and Kalapani as its own. This angered Nepal. In a retaliatiory mode, Nepal on May 20, 2020 endorsed its new map which included territories with India — Lihmpiadhmura, Lipulek and Kalapani. It created a huge uproar in India triggered the Indo-Nepal border controversy.

According to the amended Citizenship Law, any Indian girl marrying a Nepalese citizen will have to wait for a minimum of seven years to get citizenship. Moreover, it cited India’s Citizenship rule behind its decision to amend its own law. India, too, has fixed a period of seven years before handing citizenship to a person who gets married to an Indian. However, India has no such law for Nepalese nationals.

On June 12, 2020, attacks on Indian nationals by Nepalese security forces left one Indian killed and three others injured, according to media reports. This further strained the bilateral relationship.

5. Border controversy over Kalapani and Lipulek

By this time, India and Nepal had started engaging in a war of words over each other’s claim over the disputed territory of Kalapani and Lipulekh. Lipulekh holds great geostrategic importance because of its location.

The history of Lipulekh and Kalapani dates back to the Treaty of Sugauli, which was signed in December 1815. It was ratified in March 1816 by the East India Company and the Kingdom of Nepal after the end of the Anglo-Nepalese War (1814-1816), where Nepal lost one-third of its territory to them. It has remained unsolved since 1962.

On July 9, 2020, Nepal banned all private news channels except Doordarshan. The logic by the Nepal government was that the Indian media was painting a wrong image of their country and were running a propaganda against Nepal.

7. Indian coronavirus cases more lethal than those of China & Italy
According to media reports, Nepal Prime Minister KP Sharma Oli claimed that people entering Nepal illegally through India were responsible for spreading coronavirus in the country and that “Indian virus looks more lethal than Chinese and Italian now”.

The latest in the list relates to ‘ownership’ of Lord Rama. The Nepal PM put oil to fire when he said that Lord Rama is Nepali and belonged to Nepal. Since then, Nepal has been trying to control the damage done by Oli’s statement. Indian Prime Minister Narendra Modi claimed India “has given the world Buddha’s message of peace” during his address at the 74th session of the United Nations General Assembly. This had not gone down well with the people of Nepal.

608 COVID-19 Patients Recover In Odisha In A Day