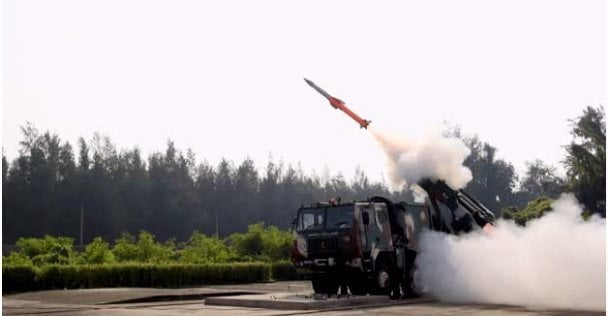 Balasore: India successfully test-fired short-range Quick Reaction Surface to Air Missile (QRSAM) from a defence facility off the coast of Balasore in Odisha on Friday.

Developed by Defence Research and Development Organisation (DRDO), the missile is capable of providing air defence on the move.

The weapon system is expected to be ready for induction by 2021.

551,000 Diyas To Be Lit, Ayodhya All Set For Another Guinness World Record