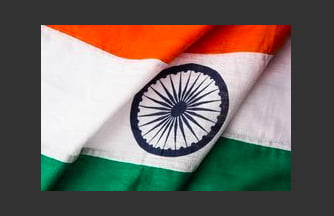 New Delhi: India will become the world’s third-largest economy by 2027. A shift in policy approach towards boosting investment, demographics advantages and the public digital infrastructure will make this possible, according to a Morgan Stanley forecast.

India’s gross domestic product (GDP) will grow from the current $3.4 trillion to $8.5 trillion over the next 10 years. Incrementally, India will add more than $400 billion to its GDP every year, a scale that is only surpassed by the US and China, Morgan Stanley’s chief Asia economist Chetan Ahya wrote in Financial Times.

A confluence of favourable domestic and global forces supports the projection, he said, while taking note of a shift in policy approach from redistribution to boosting investment and job creation. He cited tax reforms in the form of the Goods and Services Tax (GST), a cut in the corporate tax rate, and the introduction of production-linked incentive schemes as examples of shifts in government policy.

In a multipolar world where companies are diversifying their supply chains, India is emerging as a destination of choice. India is entering a phase where incomes will be compounding at a fast rate on a high base. For context, India took 31 years since 1991 to raise its GDP by $3 trillion. According to our projections, it will take just another seven years for the GDP to grow by an additional $3 trillion,” he said.

In this regard, he cited the example of the Open Network for Digital Commerce (ONDC), which is touted to be the equivalent of UPI (unified payment interface) in e-commerce.

“The shift in India’s policy approach is moving it closer to the East Asian model of leveraging exports, raising savings, and recycling it for investment,” Ahya noted.

But India’s working-age population is growing, which suggests that it will have a longer growth runway, he added. India’s median age today is 11 years younger than China’s. Productivity growth differentials also favour India. “Taken together, we think this means that India’s real GDP growth will average 6.5 per cent over the coming decade, while China’s will average 3.6 per cent.”
Share FacebookTwitterGoogle+ReddItWhatsAppPinterestEmail

Temperature To Drop Across Odisha In 3 Days; Check IMD Forecast