Indian Economy In A State Of Economic Paralysis 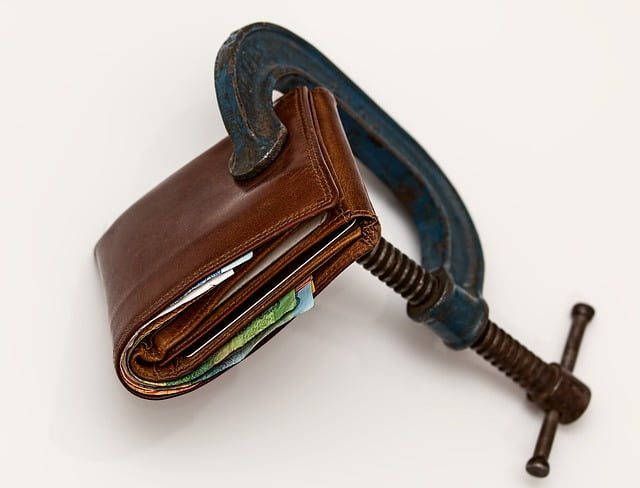 The economic terms ‘slow moving’, ‘slow down’ or ‘economic’ depression, for defining the present economic condition of India are inappropriate and inadequate. Perhaps ‘economic paralysis’ would be a more appropriate description.

The impact of world economic depression on the Indian economy is unavoidable. However, if we go by past experience, there was no impact in 1996 at the time of the Asian depression, the American depression of 2008 or at the time when the Euro was introduced. Rather, India exhibited an excellent growth of upward trend.

The domestic market has continued to remain doll for the past few years and buyers’ frequency to commodities has reduced. Agriculture and manufacturing returns are under pressure. Increase of unemployment, both skilled and unskilled continues to grow year after year and reached a 45-year high in 2017-18 with a mark of 6.1%.

The purchasing power of consumers has reduced at an average yearly rate of 2.2% in the last six years. Everything mixed together, has pushed India’s economy from bad to worse. All these micro level effects brought down the GDP growth rate to 5%, down for five quarters in a row and it started much earlier from the third quarter of 2016-17.

The Sensex tanked over 750 points all of a sudden and continues to slip. Banks are crippled with huge NPA, about more than 9 lakh crores of rupees. In spite of stimulus and sops, they are not in a position to lend and activate the market of borrowing and also increase of production. The industrial sectors are either partially or totally closed due to recession. Export activities too are diminishing. Investors of any capacity with a lot of persuasion are neither showing interest nor encouraged. All these factors together are symptoms of an economic paralysis.

The pro-government economists’ denial of any or all of this is nothing but the avoidance of ground level truth. The state of economy, does not always move with merely political slogans, high ambitious and amplified programmes of the government. It has to follow certain economic methodologies and skillful art of doing. It is always affected by the wrong doings of the policy makers, unscientific approach of political governance, errors in methodology and non-articulation in its application. India has been witnessing all this for the last few years. It started with demonetisation in 2016 at the time of financial crunch and loss of liquidity of the banks.

This decision further damaged the small and medium scale industries. Informal sector wage earners were also largely affected. As a result, the growth, both at the macro and micro level was subdued and the economy got a jolt and faced a blind curve with the introduction of GST with the amplified slogan – one nation one tax i.e. GST.

This tax system was not wise at all. In fact VAT, with bottom level uniformity was more beneficial for the states. The collection of indirect tax suffered because of hurriedly rolled out GST and subsequently frequent changes in the rate, due to pressure from different stakeholders.

The process of correction in rates and mounting pressure are continuing. This non-ending process de-stabilises resource mobilisation both of the Union government and the states. Private consumption shows no sign of revival. There is debt burden on the Union government, perpetuating pressures on the economy and more and more dependence on foreign investment and if it fails, the economic progress is further jeopardised. The Union government’s move to the doorstep of the RBI to take out its surplus fund and sailing the Government’s share in PSUs are two bad examples of a crisis and exhibit symptoms of bankruptcy.

Exports also continue to reduce and the labour market is marginalised due to demonetization, manufacturing, particularly leather manufacturing, gems cutting and Indian handloom units. These are more labour intensive units.

The trade war in the world is not the reason for India’s economic paralysis. The situation may worsen further in the next few years if the Government is not careful in handling its own finance at the time of the world’s economic depression, apprehended in next two three years.

The economic crisis is likely to precipitate further with the withdrawal of Article 370. To bring peace in the region, the Union government has to flow in more money for the purpose of appeasing angry nationals. It is another economic pressure on the crippled economy of the country.

Whether it is a slowdown or depression, the economy is in a state of partial paralysis with signs of further deterioration. It needs careful treatment and immediate attention, otherwise it may bring unthinkable harm, and it will become difficult to bring it back on track. It will not recover with simple package therapy or messaging with stimulus. In fact, all these applications may precipitate further crisis.

The crisis may also disturb the Capital market. Withdrawal of shares from the stock exchange will become frequent, reflecting loss of investors’ faith.

To overcome this state of economy, many eminent economists believe that increased public spending, boost in consumers’ sentiment with more purchasing power and with reduced cost of commodities for access to domestic market surplus, are the immediate answers to check their erosion. Income tax should be more liberalised to keep more money in taxpayers’ hands for market entry.

No Friendly Fight With BJD In Bijepur Bypoll: BJP