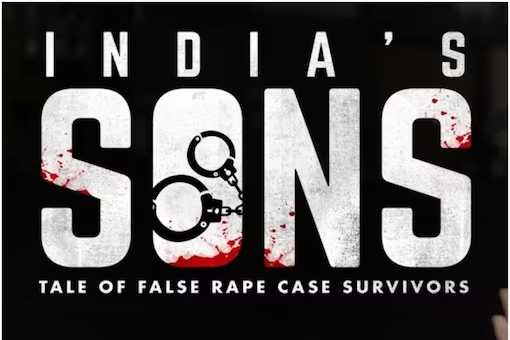 New Delhi: Ever since the ‘Nirbhaya’ gang rape in Delhi, various amendments have been made to India’s rape laws, making them stricter and more severe than ever before. But such changes in the law also brought with them several loopholes. The burden of proof shifted onto the accused and the testimony of the woman alone became sufficient for conviction. While the laws were strengthened to safeguard the rights of women, they in turn compromised the rights of men.

On the occasion of International Men’s Day today (November 19), a documentary film ‘India’s Sons’, shedding light on the hapless tales of numerous innocent men and boys who were falsely accused of rape in India and later honourably acquitted, was released.

A brainchild of independent filmmakers Deepika Narayan Bhardwaj, and Neeraj Kumar and produced by Shonee Kapoor, the feature-length documentary film is a social commentary on the gender injustice meted out to those falsely accused of as heinous a crime as rape, News18 reported.

Talking about the rising issues at the launch press conference, the producer of the film Shonee Kapoor said, “False rape cases lodged against men often lead to growing scepticism around genuine cases of sexual assault. Statement of the woman is treated as the gospel truth with complete disregard for the man, which in turn leads to several such false cases going unchecked. Our motive behind the film is to solely raise awareness against such injustice and hope that our voices reach the policymakers.”

The directors too, emphasised on the need to show both sides of a story before labelling the man as a wrongdoer in a rape case.

“While issues concerning women’s safety and well-being are often debated about, there is a certain lull when it comes to even celebrating International Men’s day. Men are often branded guilty of such crimes even prior to investigation and when such false cases are proven wrong at the end of the trial, all the man gets is an honorable acquittal. But by that time, the precious years of his life, peace and career have already been destroyed. There is a need to bring in laws to punish such women who orchestrate these cases motivated purely by vendetta,” Deepika Narayan Bhardwaj was quoted as saying.

Speaking at the event was also celebrity Pooja Bedi, who attributed the trauma attached to such false cases to a lopsided Indian legal system in desperate need of a revamp.

“There is a need to understand that men are as fragile as women are and in India, rights of a man are overlooked in regards to those of a woman. The greatest example of that is the reality wherein the name and identity of a victim of rape is hid while that of a man is displayed. At the end of the trial if a man (whose identity has been made public) is even proven innocent, he is left scarred and it becomes almost difficult for him to find a footing in the society again,” said the Bollywood actor and mother of two.

According to data presented by National Crime Records Bureau, there has been an uptick of almost 30% with regard to cases of rape on the pretext of marriage – from 21 per cent in 2015 to 51 per cent in 2019. This has often put India in the world’s eye for rising numbers of crimes against women. But the reality, however, is starkly different.

India’s Sons is currently streaming on https://www.indiassons.com/ and will be available for viewing for up to 48 hours after one has registered on the website. A nominal fee will have to be paid to watch the film. In addition to talking about the problem at hand, the documentary also features real-life false rape case survivors who have narrated their ordeal.