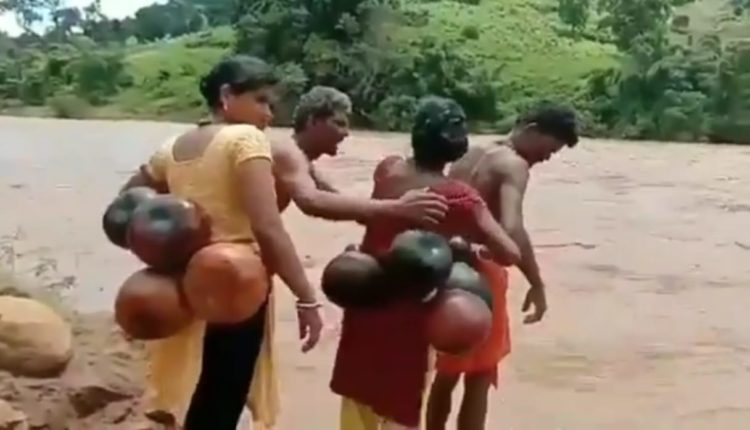 Bhubaneswar: Industrialist Anand Mahindra has offered help to two Anganwadi workers, who cross a swelling nullah during rains and trek for 1 km through dense and hilly terrain to attend to their duties in Ralegada gram panchayat under Swabhiman area of Odisha’s Malkangiri district.

Following media reports about their plight, Mahindra tweeted about donating a rigid inflatable boat built by Mahindra Marine from his company’s CSR funds to the community.

Yesterday was a ‘marine’ day for me: tweeted about a cycle that works on water & about patrol boats built by Mahindra Marine. But this story is heart-rending. Hiten, would one of our rigid inflatable boats be of use to that community?Can we consider donating one from CSR funds? https://t.co/LhFKiom4PH

According to media reports, Pramila Pelmel and Hemalata Sikha work at Suapali and Nedupali Anganwadi centres respectively. They tie dried bottle gourd shells to their waist and cross the swelling nullah during rains every year to distribute food for children and conduct health check-up of pregnant women.

And they have been doing so for the past 10 years.