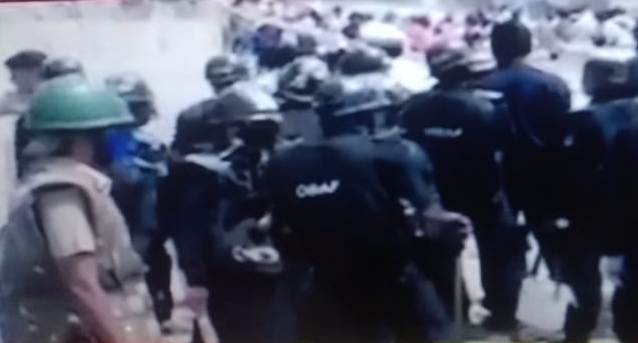 According to sources, the Rourkela Municipal Corporation (RMC) had declared some areas of the city as containment and buffer zones on April 26 after a person tested positive for COVID-19.

Though the corporation lifted restrictions in the buffer zones from Mangal Bhawan to Janata Nivas along the Power House Road and from Madhusudan Marg to Anand Bhawan Lane on Monday night, it had said that these areas will remain as containment zone till further orders. Besides, it had also said that only vehicles will pass will be allowed in the buffer zone. To restrict the movement of people, police had put up 10 barricades at different places along this road.

Protesting against the decision of the corporation, the residents of Mahatab Road area on Tuesday removed the barricades and staged a demonstration in front of the Plant Site Police Station, demanding immediate lifting of the containment order.

As the police tried to restrain the people, a scuffle ensued which later turned violent as the irate locals hurled stones at the police.

Till reports last came in, police were in talks with the people to restore normalcy in the area.

Meanwhile, a meeting of the members of the peace committee will be held later in the day.