Is It Time For Salman Khan To Re-Invent Himself? Here’s What Film Critics Say 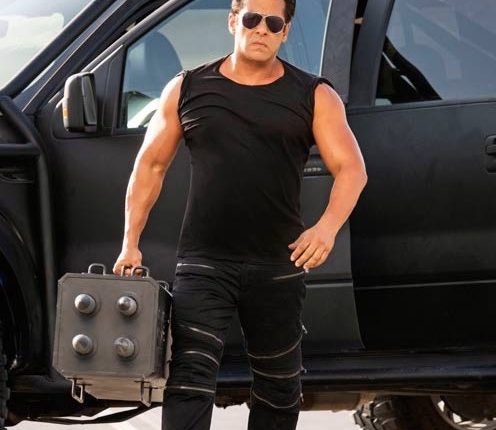 Fans have really been forgiving of Salman Khan even after his ‘Dabangg 3’ debacle because after all, he is ‘Bhai’. But their cup of tolerance clearly spilled over with the much-awaited Eid treat ‘Radhe.’ While fans were disappointed, critics were scathing in their reviews and the social media had fun at Bhai’s cost.

All three i.e. fans, critics and netizens have advised Bhai that it is time he re-invents himself or takes a cue from his contemporary Khan brethren Shahrukh and Aamir by remaining in the shadows for some time.

As for film critics, here’s what they think he should do. Veteran Subhash K. Jha collected some views for the National Herald:

Taran Adarsh: “It’s time for Salman Khan to reinvent himself. The biggest of stars did it after a point. After ‘Mrityudaata’ and ‘Lal Badshah’, Amitabh Bachchan changed tracks and did ‘Mohabbatein’. Salman enjoys a massive fan base. He’s the Pied Piper of the industry, the darling of the masses. But he needs to go think out of the box. He did ‘Bajrangi Bhaijaan’ and ‘Sultan’ and the audience loved him. The BO numbers also crossed 300 cr mark in India. It’s time for a change. That would only cement his status.

I feel he was much more brave as an actor when he started out. He did varied roles, stepped out of the comfort zone. Why can’t he do it now when he’s at the peak? He must change. He should change. The fandom will only grow if he did so. Make movies that will be remembered. He’s the biggest star here, he should work with makers who make qualitative cinema. On a personal level, I would love to see him work with SLB or SS Rajamouli. Imagine the film with this combination. Salman needs to work on scripts that do justice to his stardom.”

Amod Mehra: “He should stop playing ‘bhai’ and reinvent himself. In this age of OTT the taste of audiences has matured. He should stop making meaningless films.”

Atul Mohan: “The stardom of Salman Khan is unquestionable. If we see the opening of his last 4-5 films he is drawing opening day collections of 40+crore. It’s just the choice of films and it’s making which are going wrong. His lowest earner is these years was also 125 cr and the decent ones did 190+ cr. He is scoring above 100 crores with an average of 150 cr. With ‘Tiger’ he will be back in the game for sure. After ‘Radhe’ he is doing ‘Tiger’ and after that, he can do ‘Dhoom4’.”

Girish Johar: “Salman Khan has to re-invent and re-package himself. He has been doing the same kind of films for the last so many years and providing the same content to his fans again and again, which has become a downer. He needs to realise that the audiences’ taste has changed, their preference for content consumption has changed. So he has to mould himself accordingly, which till now he hasn’t. Undoubtedly, Salman is the biggest crowd-puller we have. He has humongous star power with a jaw-dropping fan base. He is a pan-India mass star, which very few are. But he has to match the content with his stardom. He has to select content which not only the masses like but is lapped up by millennial audiences too. Smart, quirky, intelligent content is being consumed presently, so to capitalize his immense powerful screen presence, he has to ensure that going forward, he attracts the millenials keeping his mass fan base satiated too. A tricky mix, but no other than SALMAN KHAN can do it.”

Mayank Shekhar: “Honestly I am not convinced the film had a woeful response. From reviewers (like me), and a certain predictable set on social media, yes. But his core base, which comprises masses that flock to theatres on Day One, especially Eid—that Radhe was made bearing in mind; checking almost every box—did not have theatres to go to.

Salman’s Bollywood appeal/power is really tested at the box-office. It’s a lot like electoral politics—it doesn’t matter the quality of the party/candidate, all that matters is who got more votes. The votes, in this case, weren’t counted. I’m no one to tell what Salman should do. What he might, I suspect, is more or less continue to make similar, self-centric, bird-brained films. That’s what’s brought him this ‘Rajnikanth of the North’ image anyway.”

Pritish Nandy: “Salman Khan has to act in films made by today’s producers. ‘Radhe’ was far too retro. That audience has died, not from Covid, from old age. ‘Radhe’ spoke to people over 80. Totally outdated. Salman is capable of much better films. So is SRK. But they are scared of doing different kinds of roles because they fear they will lose their traditional audience. They don’t accept the fact that that audience has died a long time back. And young people today are running away from that kind of outdated, boring cinema.”

Raja Sen: “It is time Salman Khan started making an effort. This country may finally be wary of entitled icons who believe the cult of their personality is enough to sway the masses. If Salman just chose to work with talented directors — and I believe most directors in the country would love to work with Salman to make a solid commercial film — he is capable of making solid entertainers.’