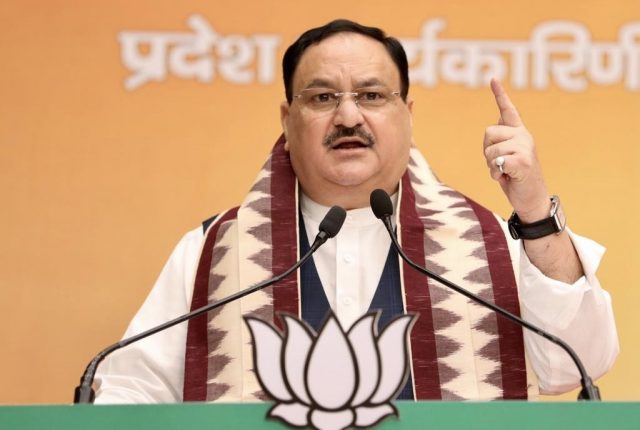 New Delhi: Ahead of the next general elections due next year, BJP president J P Nadda on Tuesday got an extension in the post till June 2024.

According to sources, the decision to give an extension to the BJP chief was taken at the party’s national executive meeting.

Nadda’s three-year term was to have ended in January 2023. His predecessor and Home Minister Amit Shah had also got an extension in order to spearhead the party’s preparations for the 2019 Lok Sabha polls.

It was only after those parliamentary elections were over that the organisational polls began, and Nadda was elected unopposed. Shah joined the Union Cabinet during Narendra Modi’s second stint as Prime Minister.

A seasoned organisational man who also shares warm ties with RSS leadership and enjoys the Prime Minister’s confidence, Nadda is seen to have maintained the organisational momentum and dynamism that the BJP was infused with under his predecessor.

It may be noted here that Assembly polls are also slated be held in several States, including Karnataka, Telangana, Madhya Pradesh, Rajasthan and Chhattisgarh, before the Lok Sabha elections due in 2024. The Assembly elections in Odisha is also due in 2024