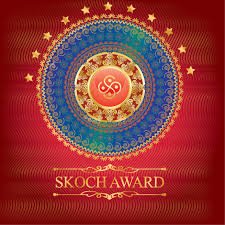 Mohapatra congratulated the district administration team for the achievement and thanked Chief Minister Naveen Patnaik for his support and guidance.

Instituted in 2003, SKOCH Award recognises people, projects, and institutions that go the extra mile to make India a better nation.

The district administration of Jagatsinghpur had launched the e-office system in March 2019 to ensure transparency and speed up the inter-departmental movement of files and also from one level to another.

The e-office system in the district offices reduced the use of paper.