Jharsuguda airport to be made operational by Oct 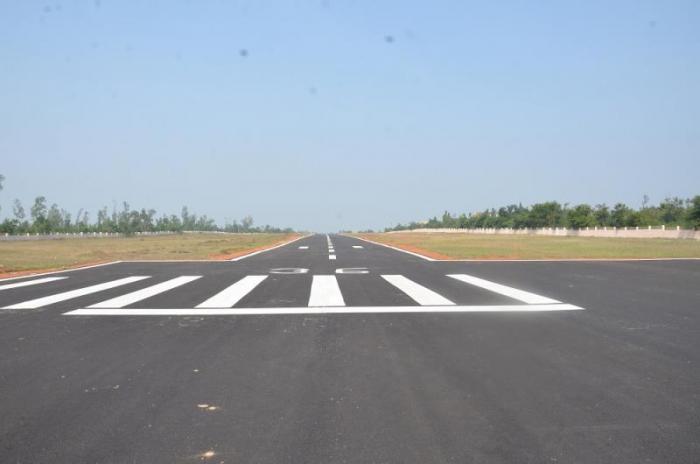 Bhubaneswar: Jharsuguda airport will be made operational for regional connectivity services under UDAN scheme by October this year.

This was decided in the State Level Coordination and Monitoring Committee meeting held under the chairmanship of chief secretary Sri Aditya Prasad Padhi in the secretariat here on Tuesday.

The airstrip at Jharsuguda had to be developed into a full-fledged airport by April next year in accordance with the MoU signed with Airports Authority of India (AAI) earlier.

Padhi also directed for expediting the work for developing the airstrips at Jeypore and Utkela and make those UDAN flight ready within 5 months.

Among these, Biju Pattanaik International Air Port, Bhubaneswar, would serve as mentor airport. While Jharsuguda airport would be developed under the joint aegis of AAI and Odisha government, the authorities of Rourkela Steel Plant have been requested for making Rourkela airstrip ready for UDAN. The other airstrips at Jeypore and Utkela would be developed with funding from both the Odisha government and AAI.

The state government is providing both manpower and financial support to make the regional connectivity scheme viable during the initial phase, besides land, security and fire services. Around 44 security personnel and 9 fire service personnel will be deployed in each airport. Electricity and water would also be provided at a minimum rate, the sources said.
These subsidies and financial assistance for regional air connectivity are being provided as a part of its ‘Make in Odisha’ initiative and make the tickets affordable. The average price of a ticket to be paid by the passengers for these flights would be around Rs 2,500, the sources added.

Mob torch truck after it mows down cow