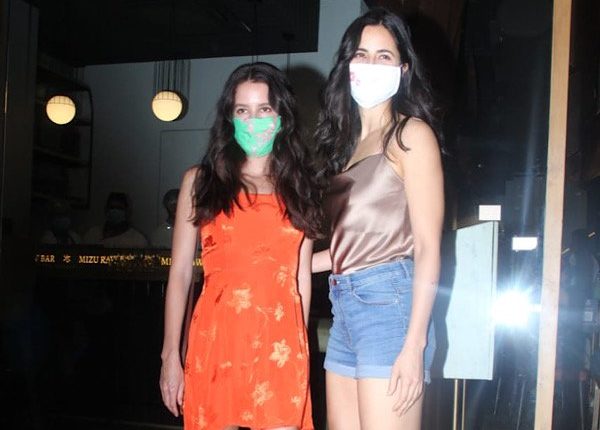 Mumbai: Isabelle Kaif followed in the footsteps of elder sister Katrina by making her acting debut in Bollywood with ‘Time To Dance’.

Two years younger to Katrina, Isabelle revealed recently that her parents did not want her to take the plunge in Bollywood.

“They (parents) weren’t the happiest about it, not very happy at all. They wanted me to go and get a proper degree that was going to be useful and lead me to job security,” Isabelle told SpotboyE.

“Go get a degree in business or maths or English or something that could translate into a secure job. They weren’t thrilled about it (Bollywood film),” she said.

It was Katrina who had to speak to their parents and explain Isabelle’s choice. “She definitely helped convince my mom to let me try,” said a grateful Isabelle.

She also acknowledged the support she got from Katrina’s close friend Salman Khan.

“He (Salman) has always been supportive of anyone trying to join the industry,” Isabelle said, adding that he hadn’t influenced the makers of the film to give her a break.

“I have auditioned for the film and got selected after the producers liked me,” Isabelle was quoted as saying by PTI. “I have been auditioning for films for sometime and this time everything fell in place. The more you do it, the better you get,” she added.

Isabelle has bagged her second project, Suswagatam Khushaamadeed. She revealed last month that shooting for the movie, which also stars Pulkit Samrat, has started in Agra.