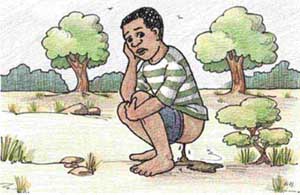 Keonjhar/ Bhawanipatna: More than 50 people of Belabahali village in Keonjhar district have been admitted to Anandpur sub-divisional hospital after suffering from diarrhea.

The villagers complained to the district administration that contagious disease like diarrhoea were spreading in the village because of contaminated water being supplied through pipelines.

Following reports that large number of people were suffering from the disease, a team of medical experts rushed to Anandpur sub-divisional for providing treatment to those affected.

Similarly, around 30 residents of Kutumali village in Kalahandi district are undergoing treatment at a local hospital after suffering from diarrhoea.