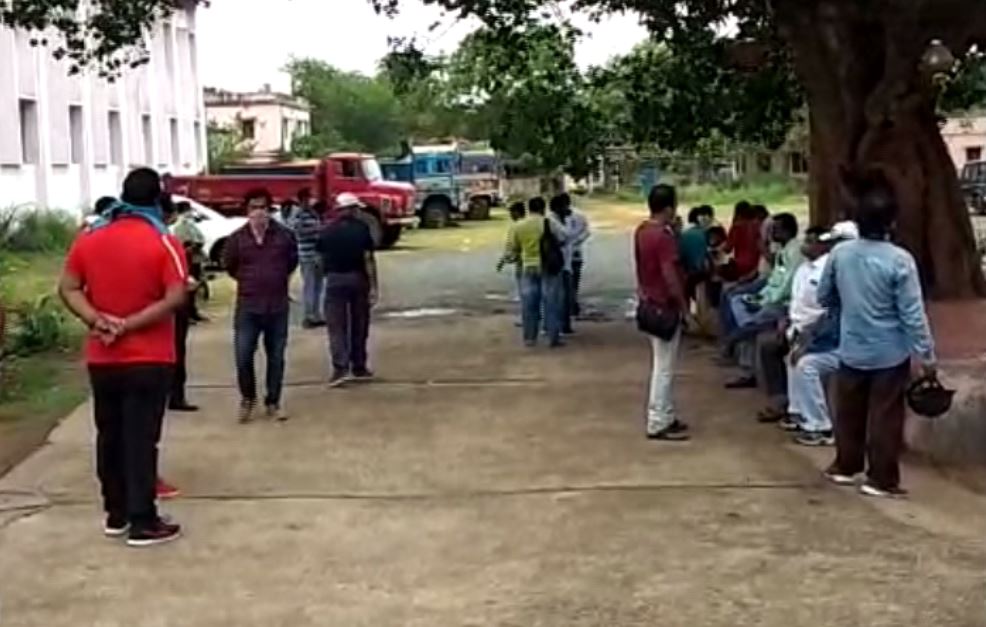 Keonjhar: Journalists of Keonjhar District Press Club on Wednesday gheraoed the Town Police Station against a sub-inspector and a constable for abusing and thrashing Subrat Swain, the district correspondent of  Odia vernacular Sambad.

According to a complaint lodged by Swain at the Town Police Station, he was on his way to the District Headquarters Hospital with his four-year-old ailing son in the morning when he was detained by a constable. Though Swain tried to convince the constable about the condition of his son, the latter did not allow him to visit the hospital.

Later, the SI of the Town Police Station Ashutosh Mohanty arrived at the spot and abused Swain and also allegedly beat him with a stick.

Following information, the IIC of the Town Police Station rushed to the spot and allowed Swain to visit the hospital. Upon his return, Swain lodged a complaint against the SI and the constable.

Protesting against the police excess, members of the District Press Club gheraoed the police station and staged a dharna near the statue of Mahatma Gandhi at Kalipadia Ground.

Farmers To Protest Against Agriculture Laws Till Modi Govt…