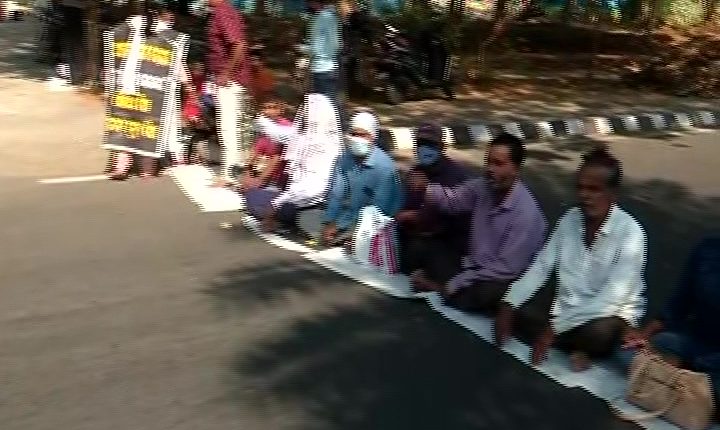 Bhubaneswar: Even as kidney patients continued their agitation in Odisha capital demanding free medicines prescribed by their consulting doctors for the treatment, a high-level meeting presided by chief secretary Suresh Chandra Mahapatra on Sunday decided that it was not possible to purchase medicines of different brands by choice of the individual patients.

The meeting held at Lokseba Bhawan in Bhubaneswar discussed the issues relating to the demand for specific brand of medicines raised by some kidney patients. Mahapatra reviewed the medicine supply situation to the kidney transplant patients in SCB and other medical college and hospitals (MCHs) in the state.

Secretary, Health and Family Welfare Shalini Pandit outlined the details relating to the quality check, process of procurement and supply of medicines to the patients by Odisha State Medical Corporation Limited (OSMCL) through Niramaya counters of government health facilities.

It was revealed at the meeting that all the medicines required during the kidney transplant surgery and post- transplant treatment were being supplied free of cost at Niramaya counters. The quality of the medicines was thoroughly tested in NABL accredited laboratories before being procured and supplied to the hospitals. The laboratory reports also proved that those drugs were highly effective.

Besides, OSMCL followed a robust method of online procurement, transparent quality test, and purchase. The medicines found highly effective and appropriate through rigorous scrutiny were being procured and supplied by OSMCL with no consideration for any specific brand.

Available data showed that kidney transplant was started in SCB Medical College and Hospital, Cuttack since March 2012. As of today, 187 successful transplantations were conducted and treated by the experienced doctor teams of SCB MCH. Currently, about 120 post-transplant patients were under medication. Out of them around 75% were taking the medicines supplied through OSMCL.

These patients never reported any side effect, and their health condition also indicated good progress. Only around 30 patients demanded medicines of specific brand from private medicine stores raising a baseless complain that the medicines supplied by OSMCL had side effects.

The medical experts present in the meeting informed that the same medicine supplied by OSMCL for kidney patients was also being used by around 400 patients under critical care in other departments like Nephrology, Rheumatology and Dermatology. The medicines had no side effect on them and were quite effective.

Previously, Secretary Health and family welfare, senior doctors and officers of SCB MCH held several rounds of meetings with the complaining kidney patients and their family members about the quality, safety and effectiveness of the medicine being supplied through OSMCL.

It was also stated in the meeting that in spite of these clarifications and counselling, a handful number of patients kept on agitating without any valid reason. The secret hands of some ill-motivated drug agencies and specific brand private stockists were suspected to be operating behind the agitation.

Considering all the facts, it was decided at the meeting that it was not possible to purchase medicines of different brands by choice of the individual patients. The senior experts from Pharmaco Vigilance Committee, medico-professors, clinical specialists and senior officers of health and family welfare department participated in the deliberations.