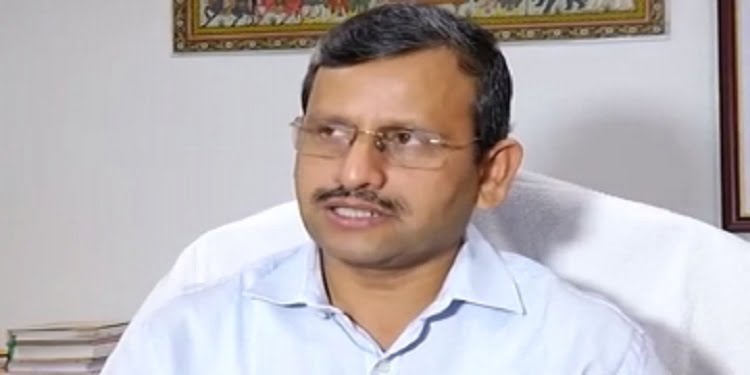 Bhubaneswar: Chief Secretary designate of Odisha Suresh Mahapatra has set three major projects on the top of his agenda after he assumes office on New Year day.

Speaking to media persons on Friday, Mahapatra said heritage corridors of Jagnnath Temple in Puri and Lingaraj Temple in Bhubaneswar and development of SCB Medical College and Hospital in Cuttack will be under his focus. Besides, he will ensure that the results of the efforts underway for holistic development in all sectors reach the people, he added.

Mahapatra, who will succeed Asit Kumar Tripathy to the top post of state bureaucracy, has been an astute and able administrator in different capacities.

Born in Kansar village of Deogarh district in 1962, he belongs to Keonjhar district. He passed Matriculation from DN High School in Keonjhar, BSc from Ravenshaw College in 1982 and MSc Tech Applied Geology from ISM Dhanbad in 1985.

Mahapatra joined IAS service in 1986 after a brief stint in ONGC. After probation in Sambalpur district, he was posted as sub-collector in Nuapada of Kalahandi district from 1988 to 1990. Between 1990 and 1993, he was posted as ADM Puri, project direct DRDA Balasore and Mayurbhanj districts.

The senior IAS officer’s first posting as collector was in Bhadrak district in 1993. Following Kandhamal riots, the than chief minister Biju Patnaik appointed him as collector of the district.

He was posted as Puri collector in 1996 when he was instrumental in successful Naba Kalebar of the deities of Jagannath Temple. During his stint as managing director of Omfed for about 6 years, he launched many new products.

He was entrusted with the responsibility of CEO of CESU after the power company AES left suddenly. Thereafter, he led GRIDCO as CMD for 3 years and also served as RDC Cuttack for two years.

Mahapatra was the first chief administrator of Jagannath temple in Puri and held the post for three years. Besides, he was the secretary of Energy department twice, secretary in Water Resources and Forest departments for about 8 years.

Mahapatra was again posted as chief administrator of Puri temple in 2015 when Naba Kalebar was performed for second time.

At present, Mahapatra is serving as Additional Chief Secretary and Development Commissioner.