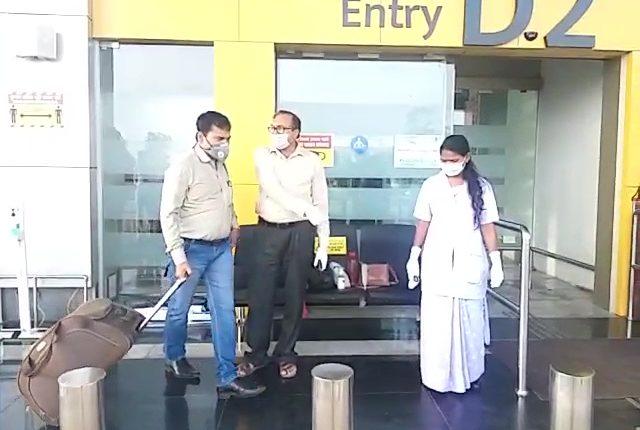 New Delhi: Alarmed at the sight of air passengers either not wearing masks or not wearing them properly, a Delhi High Court judge took suo motu cognisance of the situation and issued guidelines for immediate compliance, NDTV reported.

Accordingly, the court issued guidelines to all domestic airlines and DGCA for strict compliance, including penal action for offenders and periodical checks of the aircraft.

The high court, in its order passed on Monday, said it was constrained to pass the order because of an alarming situation which was witnessed by the judge, Justice C Hari Shankar himself during the Air India flight from Kolkata to New Delhi on March 5.

He noticed that, though all the passengers had worn masks, many had worn it below their chin and were exhibiting a stubborn reluctance to wear their masks properly, the report added.

“This behaviour was seen not only in the bus transporting the passengers from the airport to the flight but also within the flight itself. It was only on repeated entreaties made (by me) to the offending passengers that they condescended to wear their masks properly. On the cabin crew being questioned in this regard, they stated that they had directed all the passengers to wear masks, but were helpless in case they did not comply,” the judge was quoted as saying.

The court said a situation when the country is seeing a resurgence of COVID-2019 cases, after they had shown signs of ebbing, is completely unconscionable.

“Passengers in a flight are in a closed air-conditioned environment, and, even if one of the passengers suffers from COVID-19, the effect on other passengers could be cataclysmic. It is a matter of common knowledge that being within arm’s length distance of a COVID-19 carrier, even if he is asymptomatic and is merely speaking, is more than sufficient to transmit the virus,” it said.

Forest Fire In Odisha Brought Down By 52% In 2 Days: PCCF