Know Where & When Cyclone Asani Will Make Landfall; Heatwave To Return Early Next Week 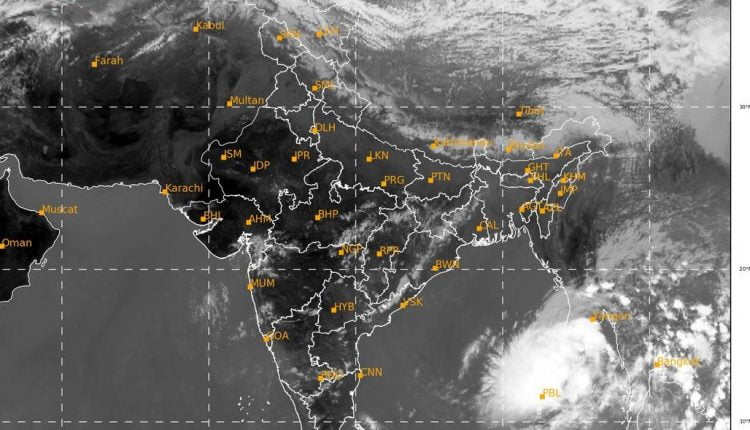 Bhubaneswar: The deep depression over north Andaman Sea and adjoining southeast Bay of Bengal, moved nearly northwards with a speed of 13 kmph during the last 6 hour and it is about 110 km east-southeast of Mayabundar, 170 km northeast of Port Blair, 530 km south-southwest of Yangon and 650 km south of Thandwe, the India Meteorological Department said in its midday bulletin on Monday.

The system is likely to intensify further into a cyclonic storm during the next 12 hours. It would continue to move nearly northwards along and off Andaman islands towards Myanmar during the next 48 hrs and cross its coast around Thandwe at 12 am on March 23, it added.

According to senior meteorologist Jason Nicholls, the deep depression over north Andaman is expected to become a cyclonic storm Asani by Monday night or Tuesday. “The storm is expected to strike Myanmar later Tuesday or Tuesday night. Another heatwave can grip Pakistan and N India this weekend into early next week,” he tweeted.

Nicholls had earlier warned of flooding rains during the movement of the cyclone.

National Disaster Response Force (NDRF) personnel have been deployed and are ready at different places with all necessary equipment to carry out search and rescue operations.

BeMC Polls: Unable To Find Your Booth? Use SAFA App

Rain Forecast For 12 Odisha Districts In Next 3 Hours