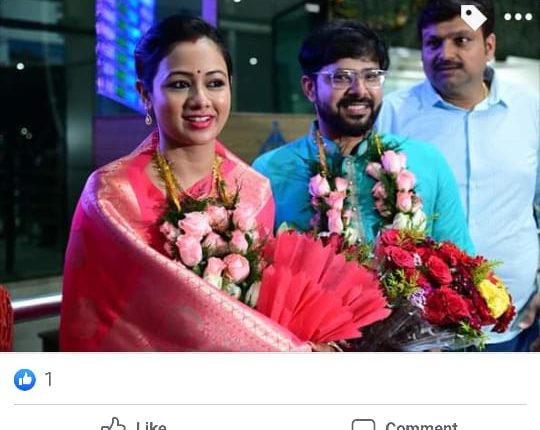 Bhubaneswar: The newlywed Ollywood star couple Sabyasachi and Archita were swamped by press and fans on arriving in Bhubaneswar on Friday evening.

They had tied the nuptial knot in an intimate ceremony at Neemrana Fort Palace in Rajasthan on March 1. 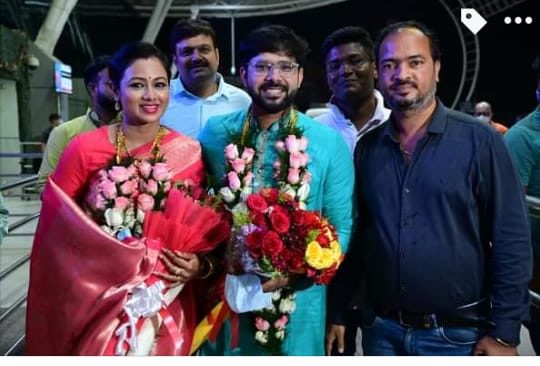 “We had planned to get married in March last year. The COVID-19 lockdown, however, forced us to postpone it,” said Sabyasachi.

On their decision to get married away from home, the actor said that they picked Rajasthan as we were apprehending a large congregation of fans. “We did not want to take this risk amid the pandemic,” he added.

When a reporter at the airport asked the couple about who made the first move, Archita giggled and nodded with Sabysachi pointing at her. 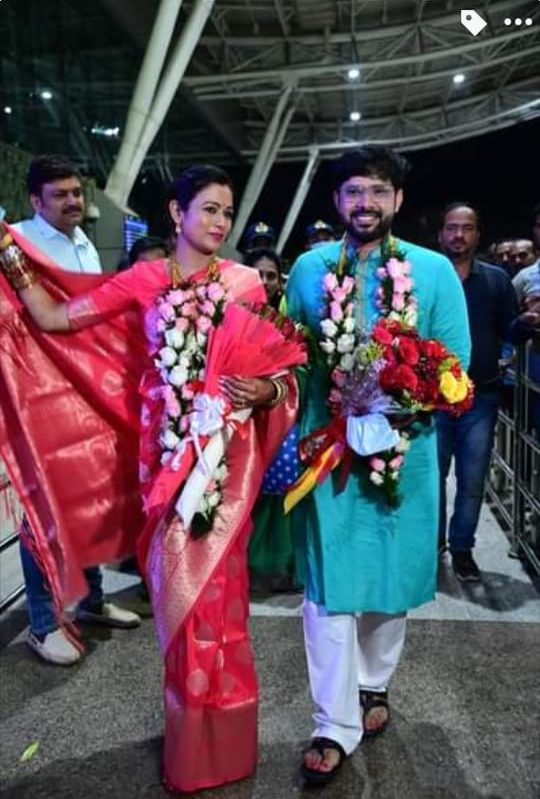