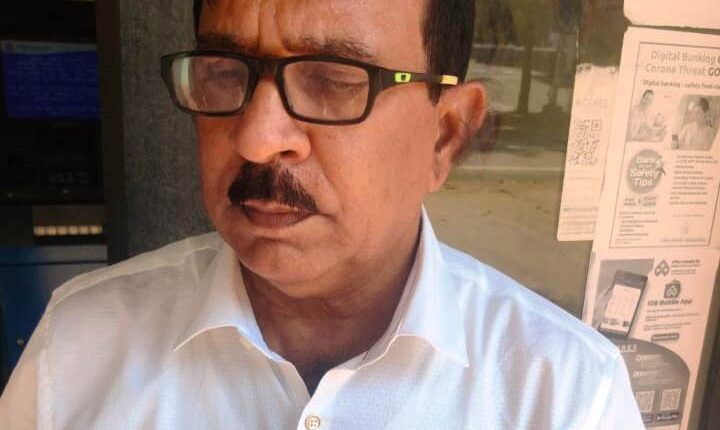 Bhubaneswar: Fake doctor Bidhu Prakash Swain alias Ramesh Swain of Kendrapada district, who had conned 18 women into marriage and duped them of lakhs of rupees, has been found to have married a professor from Punjab.

The latest victim came to light after a case was registered by Mahila Police on the basis of a complaint filed by her.

As per the complaint, Swain contacted the woman from a matrimonial site in 2018 by introducing himself as a high-rank officer in Agriculture Ministry. During their talks over phone, the woman did not suspect him to be a conman and agreed to his marriage proposal.

Their engagement and traditional marriage were performed in presence of their family members in Punjab. Following the marriage, Swain took around Rs 19 lakh from the lady prtofessor on different pleas.

After knowing about the arrest of Swain for duping 18 women, the lady professor from Punjab filed the complaint at Mahila police station.

Swain’s victims included an assistant commandant of Indo-Tibetan Border Police, a deputy general manager in National Insurance Company Limited, a lawyer in Delhi High Court, five teachers, a doctor in Assam, a chartered accountant in Chhattisgarh and a senior official of Kerala government.

It was a complaint by his seventh wife that led to his arrest last month. She had also met Swain through a matrimonial site and was duped of her jewellery and money a few months after the marriage.

The 54-year-old man from Odisha’s Kendrapada district also ran two clinics in Cuttack and Badamba under the franchise of ‘Lifescan’. He has also allegedly duped several youths of Rs 18 lakh for getting them admitted to MBBS course.

The police, which had taken Swain on remand after his arrest, said they have found a video from him showing him weeping. He used to emotionally blackmail his victims with the video and extract money from them.

The police have registered 15 cases against Swain and sought permission from the court for conducting polygraph test on him.

UP Polls: As Yogi Breaks Jinx, Hema Malini Says Bulldozer Can Finish Off Cycle Within A Minute