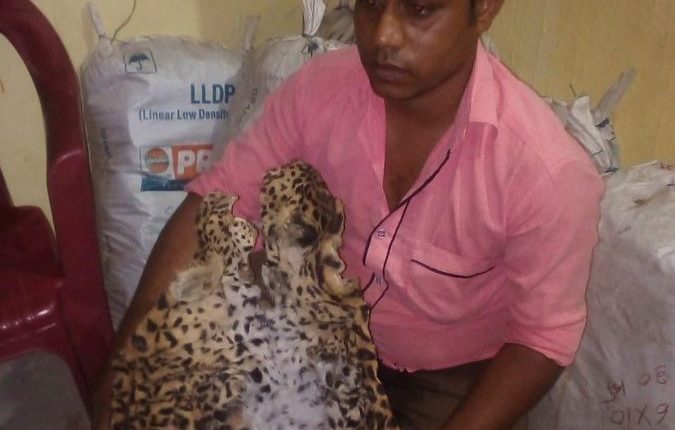 Balangir: Forest officials seized a Leopard skin from a village in Odisha’s Balangir district late on Monday and arrested a person.

Acting on a tip-off, a team of Forest officials of Saintala range raided the house of Biswamitra Rana of Kansar village and seized a Leopard skin measuring 2.6 inches and weighing 2 kg from his possession.

The interrogation of the accused is underway to ascertain the involvement of more people in this case.