Let’s Remember Some Unsung Martyrs Of Odisha On I-Day 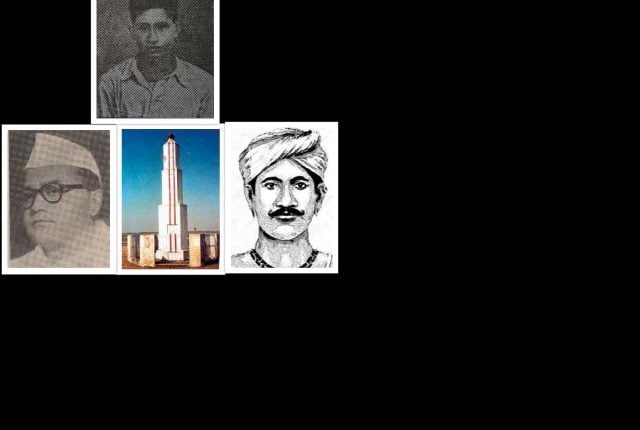 Bhubaneswar: Long before the freedom movement of early 20th century was launched, the British Raj was already gasping for breath due to the innumerable wounds – minor and major – sustained in uprisings, battles and revolts led by tribal heads, zamindars and chieftains across the country.

Though these bravehearts hardly find reference in the history classes, the chroniclers have not forgotten to make eulogical depiction of their spirit of nationalism, valiant fights and ultimate sacrifice.

On the occasion of the 74th Independence Day, here is a depiction of the stories of some of those unremembered heroes of Odisha and their unforgettable bravery.

Popularly known as Bal Brothers, General Lokanath Bal and his younger brother Harihar Bal, were the heroes of the historic ‘Chittagong Armoury Raid’ and the battle of Jalalabad, which is otherwise known as armed youth uprising of eastern India in 1930. a glorious landmark in the history of India’s revolutionary movement.

The Indian Republican Army, led by Masterda Surya Sen then, included the Bal brothers. Leading a group of revolutionaries, Lokanath captured the Auxiliary Force of India (AFI) armoury of the Britishers on April 18, 1930.

The two brothers guided another gunfight on April 22, 1930 with the combined forces of the British police and the British Indian Army. Harihar and 11 other revolutionaries were martyred in the conflict. Lokanath escaped and reached Chandernagore, which was a French territory.

Later, Lokanath was arrested and sent to the Kalapani in Port Blair. After his release in 1946, he joined the Radical Democratic Party, established by Manabendra Nath Roy.  Finally, he was also martyred in erstwhile Calcutta.

Madho Singh and his sons

Raja Madho Singh of the erstwhile Zamindari of Ghens in the present Sambalpur district is a part of the local folklore. Very popular among the people, the king raised a violent revolt against the British during the India’s first freedom movement in 1857.

Frustrated by the guerilla attacks by Madho Singh and his four sons on their officers, the Britishers had made it a single-point agenda to eliminate his entire family.

In one such attack, the great English captain Wood Bridge was slain by the guerrilla band of Madho Singh.

Madho Singh was captured after the Great Mutiny of 1857 and hanged on December 31, 1858, by the British. In 1856, his elder son Hatey Singh was arrested and sent to Kalapani in Andamans, where he died.

Singh and his family members were active members of an organisation “Ulgulan” formed by the freedom fighter, Veer Surendra Sai. They raised their voice against the British 30 years before the ‘Sepoy Mutiny’.

The non-violent struggle launched by Mahatma Gandhi also witnessed several Odia freedom lovers falling to the brutal killings of the Britishers. Basu Sethi and Bisuni Madhual are two of them.

They hailed from Tentulikoli and Bartani villages in Kanika, an erstwhile zamindari area of Cuttack, which was ruled by king RN Bhanja Deo under the patronage of the Britishers.

The state was famous for taxation, forced labour, oppression and exploitation. Responding to the call given by Gandhi for non-cooperation, Basu and Bisuni mobilised local people.

On April 23, 1922, around five thousand armed tenants of Kanika came face to face with a combined force of armed police and hired goons of the Britishers on the outskirts of Meghapur village. Both Basu and Bisuni fell to the bullets to become the first martyrs of the Gandhian movement in Orissa.