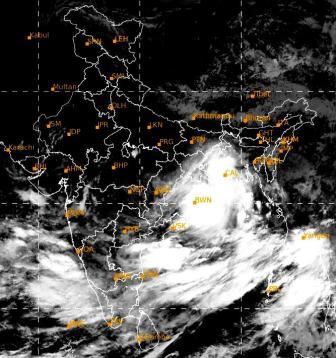 Bhubaneswar: With the India Meteorological Department (IMD) warning of heavy rain due to formation of a low pressure over the Bay of Bengal, the Odisha government on Sunday directed the district collectors to remain on high alert.

The collectors have been asked to closely monitor the situation and keep a continuous vigil on low-lying areas and take necessary steps to evacuate water in areas wherever required. Besides, the SRC also asked the collectors of the coastal districts to restrain fishermen from venturing into the deep sea in view of the inclement weather.

The IMD has also intimated the state government that the heavy rainfall would cause water-logging in the low-lying areas and damage kutcha house and roads. Besides, there is a possibility of landslide in hilly areas. It has also warned of traffic congestion and water-logging on underpass road and low-lying urban areas.

The orange and yellow warnings issued by the IMD for the following districts are as follows: