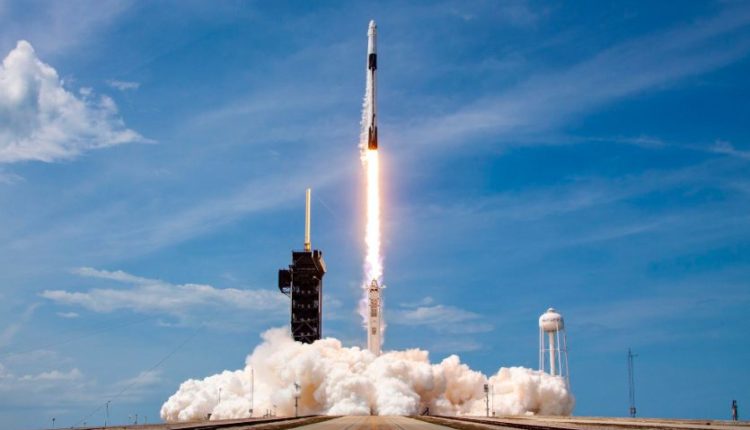 NASA’s Doug Hurley and Bob Behnken took off at 3.22 pm from the same launch pad that sent Apollo crews to the moon just over 50 years ago.

Falcon 9 launches Crew Dragon on its first flight with @NASA astronauts on board! pic.twitter.com/FUd0SSRKud

The rocket has slipped into the orbit safely.

Docking confirmed – Crew Dragon has arrived at the @space_station! pic.twitter.com/KiKBpZ8R2H

Top takeaways on why SpaceX’s launch is special:

— SpaceX is the first private company to take people to space. Previously, it was done only by US, Russia and China governments.

— This marked the first time American astronauts flew from US soil since the space shuttle programme ended in 2011. It also ended a nine-year dry spell for NASA.

— The astronauts will arrive at the International Space Station on Sunday and stay for up to four months.

— They will come to Earth with splashdown at sea, a process not seen since the 1970s.

— The rockets are reusable and will help make space travel less expensive in the future.

Here’s a live webcast of the astronauts: