Man Arrested For Duping People As Home Secretary In Odisha 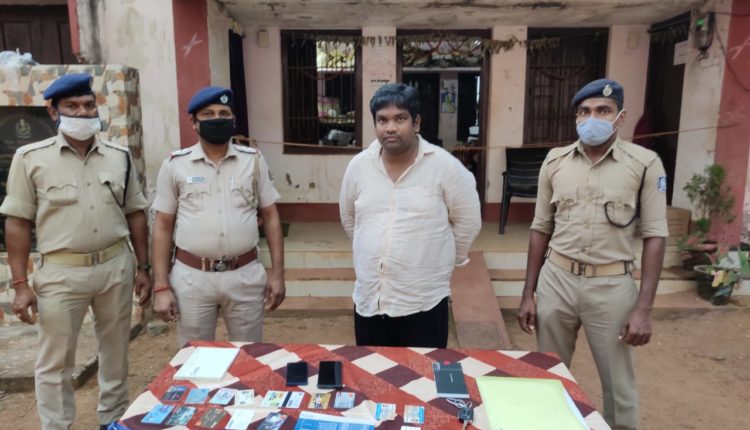 Nayagarh: Police on Wednesday arrested a man who posed himself as home secretary and duped several persons of lakhs of rupees in the district.

According to sources, Chandpur police were on lookout for the man, identified as Kanhu Pradhan of Tangi in Khurda, for cheating people in Ranpur area of Nayagarh district for the last two months. Following a tip-off, a police team of Chandpur conducted a raid on a house in Cuttack and arrested 35-year-old Kanhu.

During the raid, a car, fake identity cards of different departments, two mobile phones, bank passbooks and cheque books, 15 ATM cards, laptops and a diary were seized from the possession of Kanhu, the sources said.

They said Kanhu used to introduce himself as a senior government official and promise the unemployed youths of providing government jobs in exchange of money. He also cheated people by making false assurance of getting their works done at government offices.

Preliminary investigation revealed that Kanhu is the prime accused in a double murder case at Raipada.

1200 Workers On Strike At Toyota’s Plant