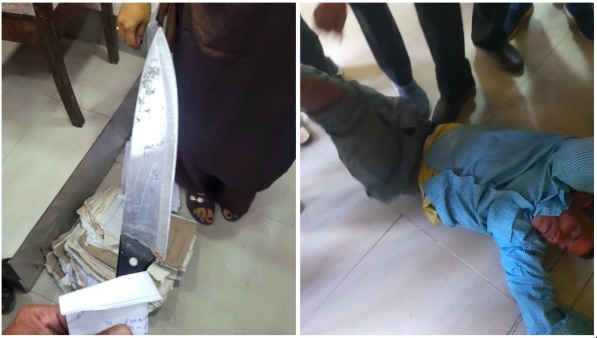 Berhampur: An attempt to attack SDJM, Berhampur, Pragyan Paramita Pratihari inside the court here was foiled on Monday after lawyers caught hold of a man, who charged towards the judge brandishing a knife.

The man, identified as Bhagaban Sahu and a resident of Old Berhampur, was then handed over to Baidyanathpur police.

According to sources, Sahu was in court to attend a hearing in a case and allegedly attempted to attack the SDJM in an inebriated state.

Following the incident, the District Judge and Berhampur SP rushed to the spot.