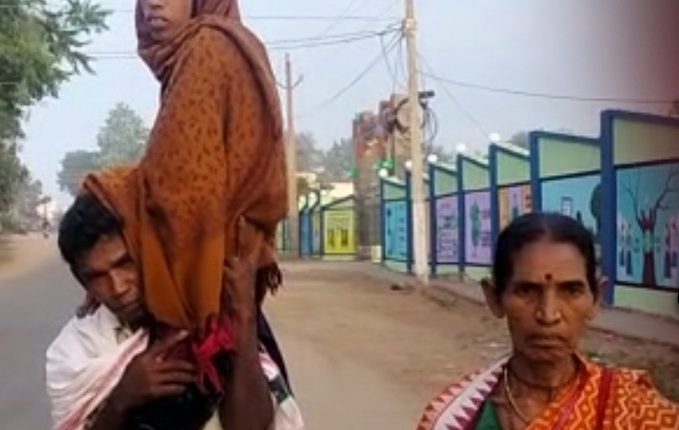 Balangir: A man carrying his 18-year-old daughter on his shoulder caught the attention of many passersby in Patnagarh area of ​​Odisha’s Balangir district.

The man identified as Dhabal Chhatria of Bankabir village was in fact taking his daughter for a medical check-up. Steeped in poverty and unable to rent a vehicle to shift the ailing child, Chhatria decided to ‘shoulder hi responsibility.’

Chhatria said his daughter is suffering from an unknown disease and many hospitals have turned them back having failed to do a proper diagnosis.

“I sold everything I had at home to cure her, but her condition has not changed,” said the devastated father.

The man was taking her to Bohi Hospital on his shoulders, a video of which went viral on social media. His wife was also walking beside him carrying some essentials.

The couples helplessness in treating their child has raised questions on the state government’s health plan for the poor.