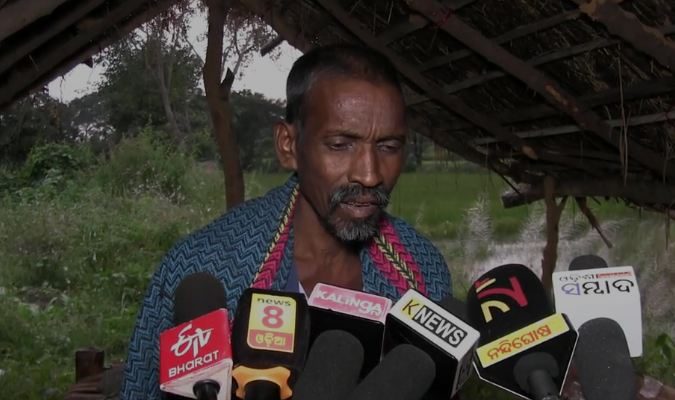 Bargarh: Superstition and casteism in the backward pockets of Bargarh district have played havoc with the lives of people. An instance of inhuman treatment to an old man has come to light thanks to a group of youth from the town, who reached the forests to rescue the man in distress.

Hari Bariha (60) of Petupalli under Sohela block of this district had gone to the forest in the evening of July 8 when he was bitten by a stray dog. His son Prasant (24) took him to the district headquarters hospital for treatment and later he shifted him to VIMSAR, Burla, before coming back to his Petupalli house, sources said.

Meanwhile, Hari’s dog-bite injury worsened due to infection by worms. When the news of wound infection spread in the locality, the elders in his Binjhal community ordered his ostracization. The old man did not know how to respond to the caste order. He had lost his wife Basanti to cancer some 20 years back.

Prasant had no other go but to desert his father in a hut in the jungle. As per rules of the community, he had to feed sheep meat, chicken and drinks to village elders at a community lunch to be eligible to reside in Pitapalli village.

Prasant, who worked as a newspaper hawker after his Plus II examination, had to borrow Rs 10,000 to arrange the feast, attended by a hundred people.

Bikash Agrawal, a youth from Bargarh, reached the jungle after getting to know about the incident and rescued Hari Bariha before shifting him to the district hospital in an ambulance, the sources added.