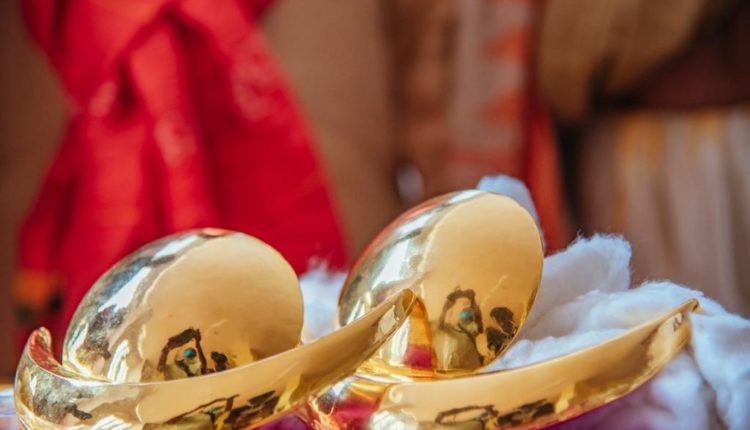 Puri: A Bhubaneswar resident, Padmacharan Patra, has donated three sets of gold sun-moon ornates to the Jagannath temple in Odisha’s Puri on Sunday.

Chief Administrator of Srimandir D Krishan Kumar received the donation and felicitated Patra on behalf of the temple.

Gold weighing 319 grams and 822 grams silver have been used in making the sun-moon sets which will be used in the service of deities, said the temple officials.

The new ornaments will be further used in the service of the deities, said the temple officials.