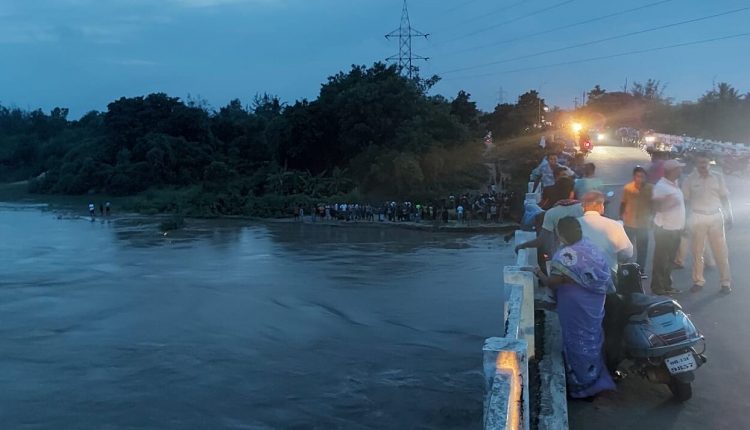 Puri: A day after a young girl jumped into a barrage allegedly to commit suicide in Odisha’s Angul district, a man went missing after resorting to similar act in Puri district on Sunday.

According to sources, the 50-year-old man, identified as Gagan Pradhan of Baliguali area under Marine police limits in the town left his house at around 4 pm after telling his family that he was going to see the floodwater of Nuanai river.

Gagan went to the bridge over the river near his house and moved around there for nearly an hour. Then he jumped into overflowing Nuanai in the presence of hundreds of people. Nobody dared going into the river to rescue him in fear of current in the floodwater, eyewitnesses at the spot said.

They said even as they watched, Gagan was washed towards sea by the strong current in the river. On being informed, police and Fire Brigade rushed to the spot. But by the time they reached there, Gagan was nowhere to be seen.

However, the Fire personnel launched a search operation in the area and downstream of the river. While their work was affected by darkness at night, they could not trace Gagan.

It may be noted that a young girl had jumped into the floodwater of the barrage at Samal under Kaniha block in Angul district to commit suicide on Saturday. The locals had rescued her after the barrage authorities closed the gates.

India’s First Brain-Mapping Technology Launched At This Hospital; How Will It Help?