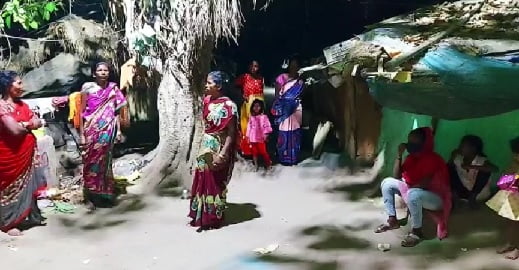 Nabarangpur: In a gruesome incident, a man allegedly killed his bed-ridden mother under the influence of alcohol in the district on Saturday.

According to sources, Naveen Amanatya of Darubandh Sahi in Nabarangpur town used to misbehave and scold his 70-year-old mother Jema Amanatya in inebriated condition everyday. Jema has been bed-ridden due to old age ailments for several months.

Naveen got drunk during Holi celebration and returned home on Saturday afternoon. As usual, he had a fight with Jema for some time. Later, Naveen, who was highly intoxicated, started beating his severely weak mother till she died.

After some time, when their neighbours came to meet Jema on the occasion, they found Naveen sitting beside her body. Shocked by the scene, they informed the police.

The police along with a scientific team went to the village, seized the body and sent it for post-mortem. They also arrested Naveen and registered a case. Further investigation is on.

Japan To Invest Rs 3.2 Lakh Crores In India Over Next 5 Years: Modi