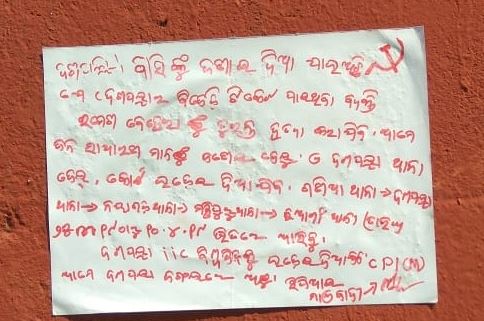 Nayagarh: Suspected Maoists have issued a death warrant against the BJD’s Daspalla Assembly candidate, Ramesh Behera, and threatened to blow up Daspalla, Nuagaon and Gania police stations and Nayagarh court between March 25 and April 10.

Residents spotted a poster, undersigned by the outlawed CPI (Maoist), pasted on the boundary wall of Kuanria Deer Park under Daspalla police station limits on Sunday morning and informed police.

The posters have been seized and the police are investigating the authenticity of the posters and the veracity of the threats.