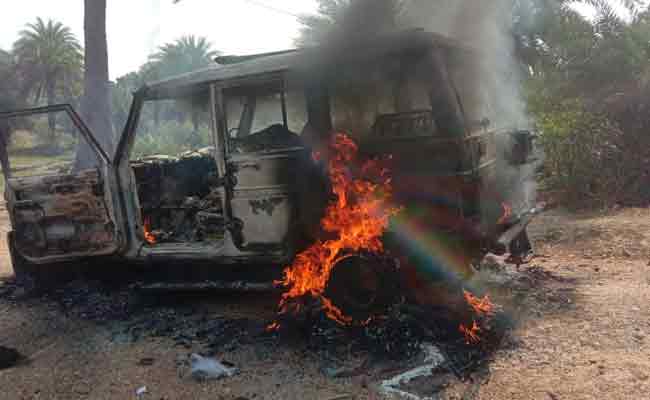 Malkangiri: Panic gripped Malkangiri district after armed Maoists murdered a contractor at a village in broad daylight on Thursday.

According to sources, 15-20 Maoists arrived at the site of a road construction near Goliaguda village under Mathili police limits in the morning. They then attacked the contractor, Sukumar Mondal, with an axe, killing him on the spot.

The attackers then set fire to a Bolero jeep, a tractor and a Poclain machine before leaving the area.

The contractor’s body was sent for post-mortem and the BSF team began a combing operation in the area.