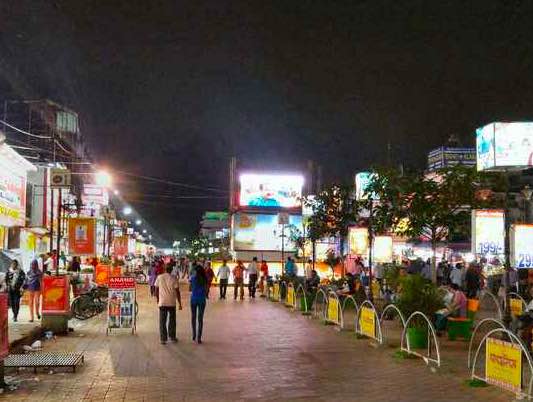 Bhubaneswar: Following a scuffle between temporary and permanent vendors on Sunday, the Unit 2 Market Building in Bhubaneswar has been closed for an indefinite period, the traders association informed.

A week after their eviction from the Market Building, the vendors returned and forcibly tried to set up stalls in the market area. When association members opposed it, they allegedly assaulted them, sources said.

On being informed, a team from Capital police station reached the spot and quelled the tension.

Notably, the association has long been demanding the eviction of the street vendors from the marker complex for obstructing the usual business. The Bhubaneswar Municipal Corporation (BMC) is also planning an eviction drive to remove illegal encroachment by the street vendors, besides illegal extensions by the traders in front of the establishments to create space on the walkway.

It is pertinent to mention here that the beautification of the Market Building was carried out in 2010 and entry of street vendors was then restricted. However, several vendors soon started occupying the areas meant for pedestrian movement and their number increased with every passing day.