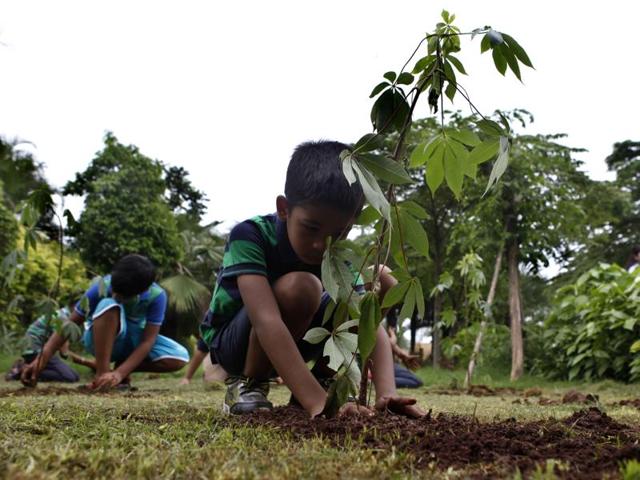 Nashik: A tribal girl student at a state-run boarding facility in Maharashtra’s Nashik district has alleged that a male teacher stopped her and other girls having menstruation from planting trees during a plantation drive, news agency PTI reported adding that this prompted the Tribal Development Department to order an inquiry.

In her complaint, the Class XII student of the science faculty claimed the teacher had told her and others that trees will not grow and burn if girls with periods plant them.

The girl is an inmate of the secondary and higher secondary Ashram school for girls at Devgaon in Trimbakeshwar taluka.

A senior Tribal Development Department (TDD) official confirmed the receipt of the complaint.

“Statements of all, including the students from the girl’s class, teachers, the superintendent and the principal will be taken and an inquiry will be conducted,” additional commissioner Sandeep Golait was quoted as saying, NDTV reported quoting PTI.

On Wednesday, Nashik district additional collector and TDD project officer Varsha Meena met the girl at the school and asked about her problems. The complaint stated the teacher had asked girls having menstruation to avoid planting trees during the plantation drive held last week on the premises of the school.

The school has 500 girl students.

The teacher told the girl students not to go near trees as the saplings planted last year did not grow due to menstruation, the complainant said, adding that she couldn’t plant a sapling. The girl then approached Bhagwan Madhe, Nashik district secretary, Shramjeevi Sanghatna.

Madhe said the girl couldn’t oppose the male teacher as he is her class teacher and had threatened her that 80 per cent of assessment marks are in the hands of school authorities. He claimed the school has also made the Urine Pregnancy Test (UGP) compulsory for admission though there is no such rule and made students bear the cost.

Madhe said he spoke to Golait over the phone and submitted a memorandum against the concerned teacher by visiting Adivasi Vikas Bhavan in Nashik with the girl on July 26. “The teacher used to taunt the complainant and other girls. Students at the school have other complaints as well such as the unavailability of warm water to bathe and mattresses to sleep on,” he told PTI.