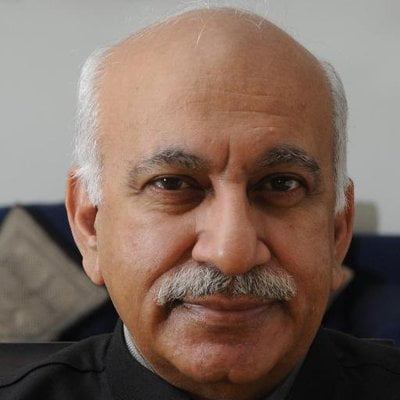 New Delhi: On returning to India from his overseas tour on Sunday morning, Union Minister M J Akbar termed the sexual harassment allegations against him as false and fabricated.

He said that the allegations were spiced up by innuendo and malice.

“I could not reply earlier as I was on an official tour abroad,” he added.

The former journalist has been accused by at least nine women of making sexual advances and misconduct.

“Accusation without evidence has become a viral fever among some sections. Whatever be the case, now that I have returned, my lawyers will look into these wild and baseless allegations in order to decide our future course of legal action,” Akbar told ANI.

“Why has this storm risen a few months before a general election? Is there an agenda? You be the judge. These false, baseless and wild allegations have caused irreparable damage to my reputation and goodwill,” he further added.

Union External Affairs Minister Sushma Swaraj had earlier dodged a question on the allegations against her junior minister. However, Union Textiles Minister Smriti Irani had: “I think it is for the gentleman concerned to issue a statement not for me, because I was personally not present there. But I have said again and again that the women speaking out should in no way feel ashamed.”

BJP president Amit Shah on Saturday said the allegations need to be checked and the party will think over it.

Akbar said lies do not have legs, but they do contain poison, which can be whipped into a frenzy. Defending himself, he said Priya Ramani began this campaign a year ago with a magazine article but did not name him as it was an incorrect story. “When asked recently why she had not named me, she replied, in a Tweet: ‘Never named him because he didn’t ‘do’ anything’,” he added.

COVID-19: Challenges For Education Sector, How They Can Be Overcome