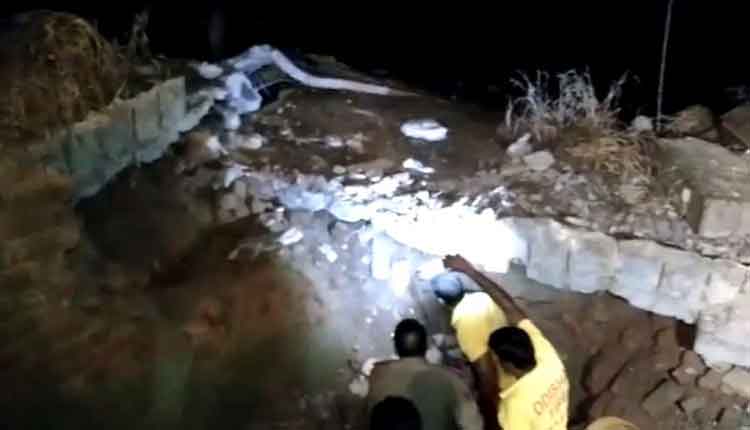 Jeypore: A minor boy, trapped under the debris of an abandoned building, succumbed to his injuries at Saheed Laxman Nayak Medical College and Hospital in Koraput on Friday night.

According to an eyewitness, four members of a family were standing under an abandoned building at Bariniput when it suddenly collapsed.

Following information, police and fire brigade teams rushed to the spot. They rescued Suryamani (the victim’s mother), her daughter Rashmi and a man from the debris and admitted them to hospital.

After a six-hour search, fire brigade personnel found the boy in a critical condition. He later succumbed to his injuries at the hospital.

Notably, the district administration had declared the building as unsafe a long time ago.