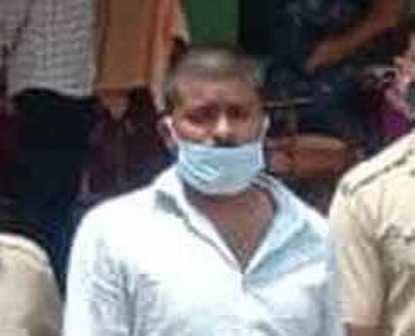 Khurda: A minor girl of a village under Banapur police limits, who had gone missing since February this year, was rescued by the police from Allahabad in Uttar Pradesh.

Talking to mediapersons on Saturday, Balugaon SDPO Manas Ranjan Barik said the minor girl, daughter of Sukanti Behera, had gone for tuition on February 4, but did not return home. Her family had lodged a missing complaint with the police.

Later, the girl shared a video on social media in the first week of April requesting her brother to rescue her as she was physically and mentally tortured.

“After examining the video footage, police came to know that the girl is somewhere in Allahabad. Later, acting on the direction of the Khurda SP, a special team comprising ASI of Banapur police station Bijay Kumar Mallick and officials of Khurda Cyber Cell went to Allahabad and rescued the girl with the help of the local police and arrested the accused Abinash Singh,” Barik said.

He said Singh had contacted the girl on the Facebook and invited her to do a decent job in Himachal Pradesh. As soon as the girl arrived at Allahabad, he started torturing her physically and mentally.

The SDPO said the accused will be forwarded to the court after medical examination.

SOA In Bhubaneswar To Work On Indian Knowledge System, Induct In Education System

When Will Religious Places Reopen In Odisha’s Cuttack? Know What Collector Has…