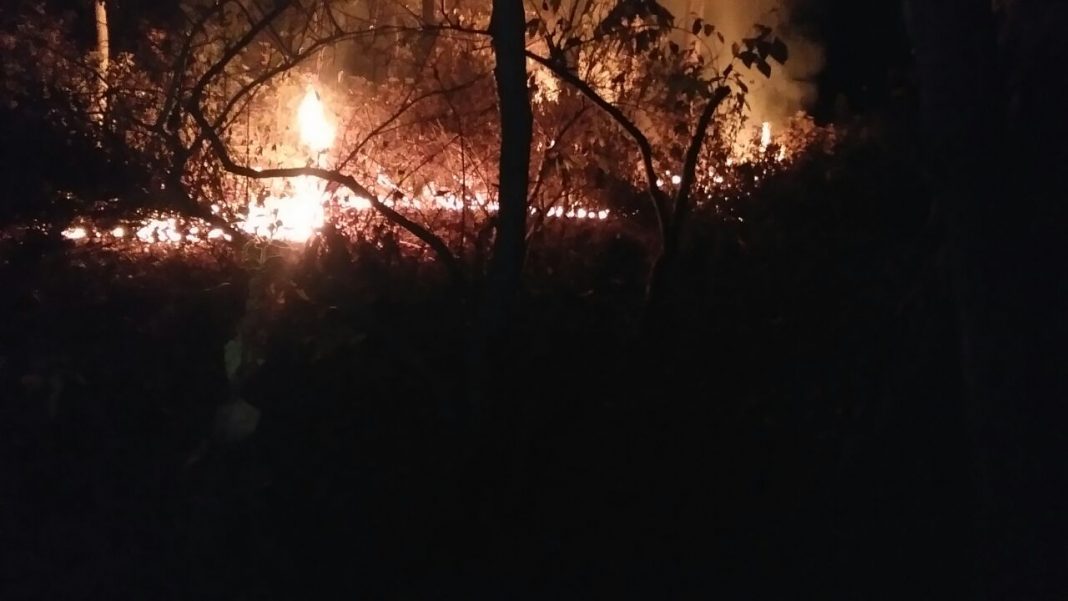 Nilagiri: Several trees and plants were destroyed in a fire that broke out at Swarnachuda forest and Tinikosia reserve forests under Nilagiri block in Balasore district on Saturday night.

According to sources, a team of Nilagiri forest officials rushed to the spot upon being informed about the incident and doused the flames after a two-hour battle.

The forest officials, who suspect that the fire was the handiwork of some miscreants, said that an inquiry will be conducted to ascertain the exact cause behind the incident.