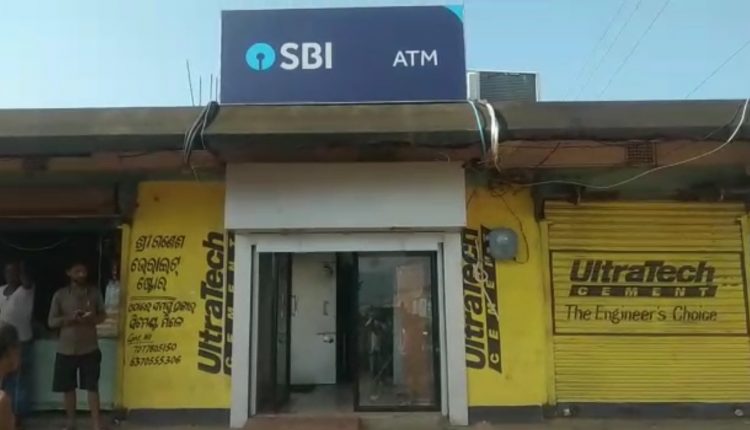 Jajpur: Unidentified miscreants uprooted the entire Automated Teller Machine (ATM) from a kiosk of State Bank of INdia (SBI) and decamped with it in Odisha’s Jajpur district on Wednesday night.

The incident that took place near Neulapur square under Dharmasala police limits came to light on Thursday morning. When a local trader having a grocery shop in the area, Anand Sahu, came to open his shop, he found the lock of the ATM machine lying on the ground.

Speaking to media persons, Sahu said, “I came to open my shop at around 6.30 am and found the lock outside the ATM kiosk. On going closer, I noticed that the cash vending machine was missing. Then I informed the owner of the building where the kiosk is situated.”

The house owner informed the Dharmasala police station. From preliminary investigation, the police suspected that the miscreants might have cut the machine with a gas cutter inside the kiosk and took it away in a vehicle. The kiosk does not have a security guard and the incident might have taken place late night, police sources said.

Youth Riding Bike Washed Away In Floodwaters In Odisha