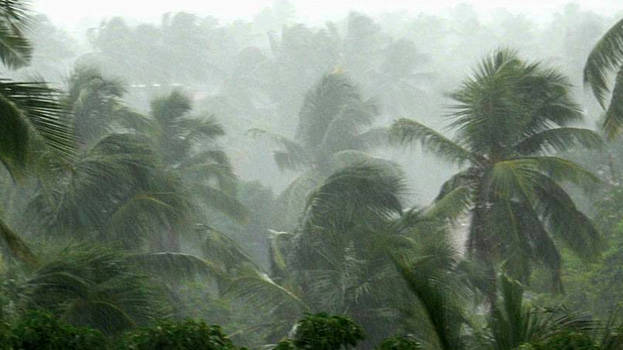 India Meteorological Department (IMD) announced on Friday that the southwest monsoon is expected to hit Kerala on May 31.

The forecast has a model error deviation of four days, IMD informed.

Monsoon usually arrives on June 1, marking the onset of four-month long monsoon season in the country.

IMD, in its first stage long range forecast (LRF), had predicted a normal monsoon this year with 98 per cent rainfall for the long period average.

The second stage LRF will be issued at the end of May, specifying rainfall distribution over homogeneous regions of the country.

Monsoon first arrives over Andaman Sea after mid-May and progresses towards mainland India within a fortnight.

This year, due to prevailing climatic conditions over Arabian Sea — a well-marked low pressure that is set to intensify into a cyclone by Saturday — the cross equatorial flow will gain greater momentum.

“The cross equatorial south westerly winds have temporarily strengthened over the Arabian Sea. This flow is very likely to strengthen and deepen over the Bay of Bengal starting May 20 onwards. Sustained rainfall activity is likely over south Bay of Bengal and the Andaman and Nicobar islands from May 21,” said the IMD statement.

Deadline For Admission To Elementary, Secondary Classes In Odisha Extended Till June 30