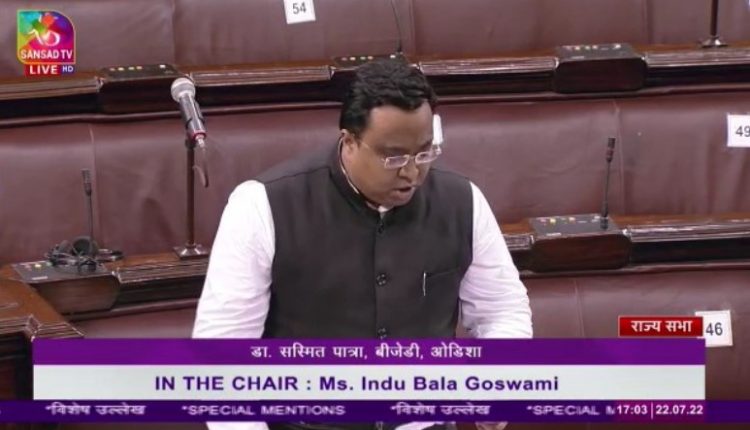 Bhubaneswar: Rajya Sabha member from Odisha Sasmit Patra on Friday raised the demand for Constitutional recognition of three tribal languages of the state.

Through a Special Mention notice in the Rajya Sabha, Patra demanded that Ho, Mundari and Bhumij languages of Odisha should be included in the 8th Schedule of the Constitution.

Speaking in Odia, he said, “The demand is close to the hearts of lakhs of tribal brothers and sisters in Odisha who speak these languages.”

The BJD leader further said around 10 lakh people use Ho language in Odisha and Jharkhand, while more than 6 lakh people belonging to Munda community speak in Mundari and 3 lakh people speak in Bhumji.

Earlier, Odisha chief minister Naveen Patnaik had written to Union Home Minister for recognition of the three tribal languages. Santhali, a tribal language in the state, is already a part of the 8th Schedule, he added.