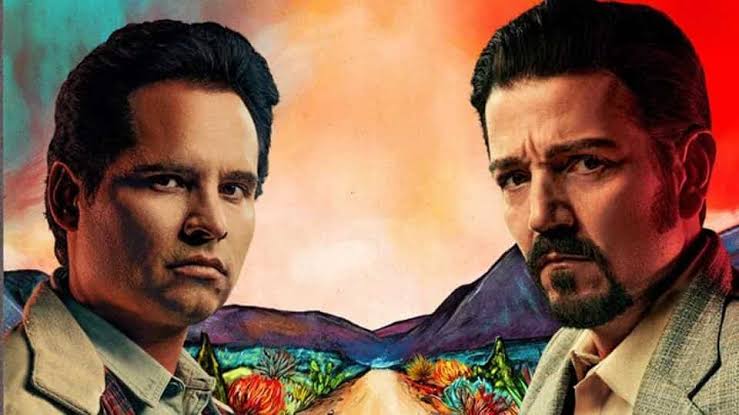 The trouble with later seasons of a hit TV/web series is how to keep the magic of the first season alive without atrophying since a lot of the times the same formulaic spirit is used to form the crux of the show and the audience can get tired of it easily.

Fortunately Narcos: Mexico is self-aware of that and tries to form its own distinct identity although comparisons with the first three seasons that revolved around Columbia are unavoidable.

Narcos: Mexico follows the rise of the marijuana trafficking business of Mexico during the late 70s and early 80s and in particular focuses on the Icarus-style rise and fall of two individuals central to the story.

Kiki Camerana is an upright DEA agent who is hell-bent on busting the illegal cannabis trade of Mexico even while being bogged down by the twin obstacles of bureaucratic bottlenecks and corrupt administration while Felix Gallardo is the El Padrino (The Godfather) who oversees the biggest marijuana trafficking trade of the world.

The two central characters are nicely fleshed out over the course of the season but do not command the save gravitas that Wagner Moura brought to Escobar or the same heroic pessimism that Pedro Pascal brought to Agent Pena. This I admit is an unfair comparison as actors can only do so much as the real life persons’ personalities allow them. I am glad the creators kept Rodrigo Amarante’s Tuyo as the opening credits song; certainly one of the all time best opening credits song. The only dilemma one can have with Narcos is that the story is being presented to us from an American point of view and thus sometimes the focus countries like Mexico or Columbia are portrayed somewhat negatively.

The build up is slow but the show really picks up from the fifth episode. Sadly we do not see any panoramic beauty of the Mexican hinterlands like we do of Columbia. All the Narcos seasons are immersive experiences because you are not only witnessing the evolution of drug trafficking cartels of the 80s and 90s but also peering into the culture, lifestyle, and society of another country including the beauty of the Spanish language and of course its catchy swear words. That the plot is based on true stories with actual video clippings peppered throughout the episodes with grim narration makes the show even more enthralling.

Some of the subplots were unnecessary and the episodes could have been a bit shorter. Watching Narcos is like watching a really long movie as most of us like to binge-watch. Like the drugs it depicts, the show itself has become addictive. The story of Narcos: Mexico still has some distance to go and the way it ended the first season will be worth the wait.